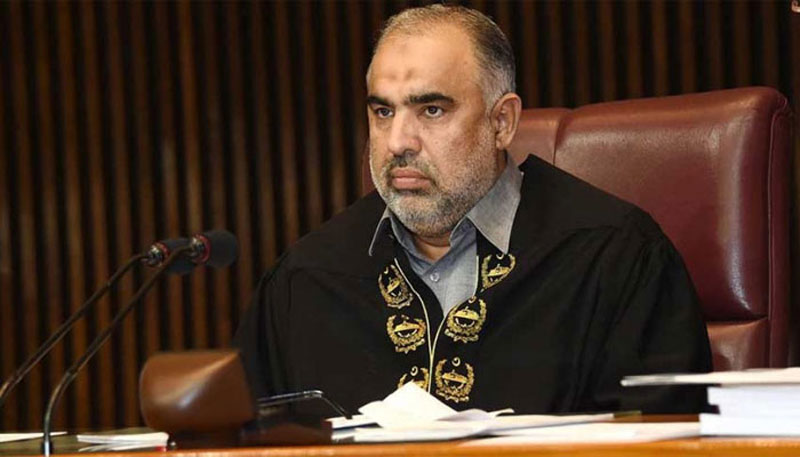 Speaker National Assembly (NA) Asad Qaisar has met chairman Senate Sadiq Sanjrani in Parliament House and the two exchanged views on the matters related to joint sitting of the two houses of parliament. They also discussed during their meeting on Tuesday upcoming elections of Intra Parliamentary Union (IPU). Chairman Senate Sadiq Sanjrani is candidate for the post of president of IPU. They exchanged views on shifting this key post to Pakistan through joint efforts. Sources said speaker NA and chairman Senate urged the opposition to extend cooperation in the important legislation related to Financial Action Task Force (FATF) and support government in the approval of FATF related bill in the joint sitting of parliament as this bill is in the national interest. Opposition had earlier cooperated with government on this bill in NA and cooperation from their side is needed now as well, They agreed on making contacts with opposition leaders in connection with approval of this bill in the joint session of both the houses of parliament. They urged the ministers to avoid giving statements against opposition so that this process of legislation could be accomplished. In his informal talks with media after meeting speaker NA Asad Qaisar said consultations have been made and strategy has been evolved in connection with IPU election during the meeting because success in these elections will elevate the standing of Pakistan in the comity of nations and more improvement will come in parliamentary diplomacy.