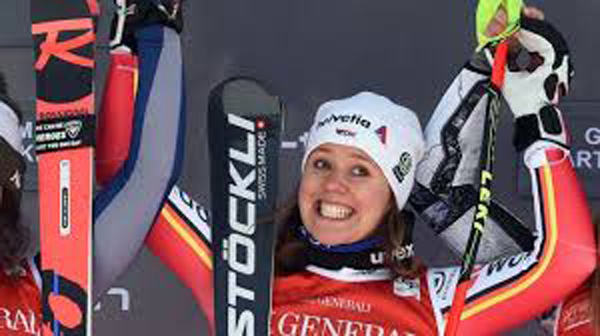 BERLIN: Germany’s leading skier and 2010 Olympic giant slalom champion Viktoria Rebensburg is retiring after a dip in form, she said on Tuesday. Rebensburg, 30, added that her performances in training in recent months showed she could not reach her past top level. “The cycle closes in a way because the day has come that I end my active career,” she said in a video message shot at the site of her first skiing lesson in Bavaria. “Today is certainly no easy decision but after my injury earlier in the year and the training in the past months I saw I cannot reach my best any more. It was difficult but unavoidable.” A three-time World Cup winner in the giant slalom, Rebensburg, who also earned 19 World Cup race victories, has been Germany’s top Alpine skier since the retirement of three-time Olympic champion Maria Hoefl-Riesch in 2014. She won her Olympic gold medal at the 2010 Vancouver Games.