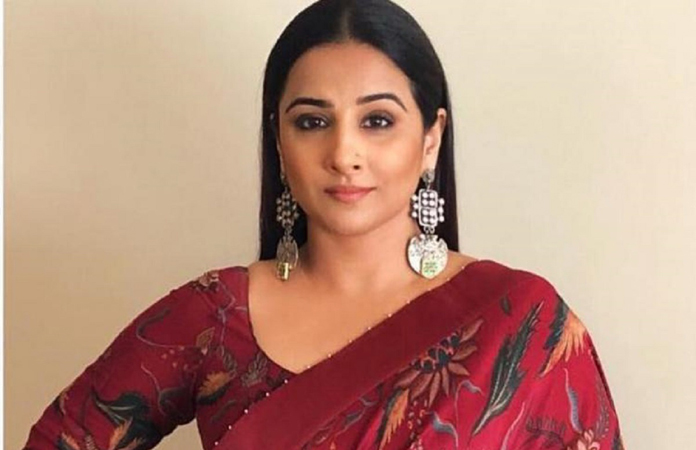 Actress Vidya Balan on Tuesday stated that it was unfortunate how the tragic death of Sushant Singh Rajput had become a media circus.

She also criticised the media trials of actress Rhea Chakraborty.

Vidya’s contention came in response to Telugu actress Lakshmi Manchu’s tweet about Rhea on Monday. Lakshmi had tweeted seeking justice for both Sushant and Rhea. She had added that she would want colleagues to stand up for her if she ever faced the situation that Rhea was currently going through. In the note, Lakshmi also said that “media trials” had made a “monster out of a girl”. Her post was re-tweeted by actress Taapsee Pannu, who agreed with her.

In response, Vidya wrote: “God bless you, Lakshmi Manchu for saying this out loud. It is so unfortunate that the tragic and untimely death of a beloved young star Sushant Singh Rajput has become a media circus.”

“In the same breath, as a woman, my heart breaks at the vilification of Rhea Chakraborty. Isn’t it supposed to be ‘innocent until proven guilty’, or is it now ‘guilty until proven innocent’!? Let’s show some respect for the constitutional rights of a citizen and let the law take its course,” Vidya added.

On Monday. Lakshmi had written: “I watched the complete interview with Rhea Chakraborty and I thought a lot about if I should respond or not. I see so many people so silent because the media has made a monster out of a girl. I don’t know the truth and I want to know the truth and I hope the truth will come out in the most honest way. “I have complete trust in the judiciary system and all the agencies that are involved in bringing justice to Sushant,” she added.

Lakshmi said we need to “restrain ourselves from being evil and cruel and lynching of person and her entire family without knowing the facts”.

After Lakshmi’s post, several stars came forward to support her, but Sushant’s niece Mallika Singh had a harsh reaction to the post. Mallika claimed she is surprised that people are suddenly remembering what standing up for a colleague means.