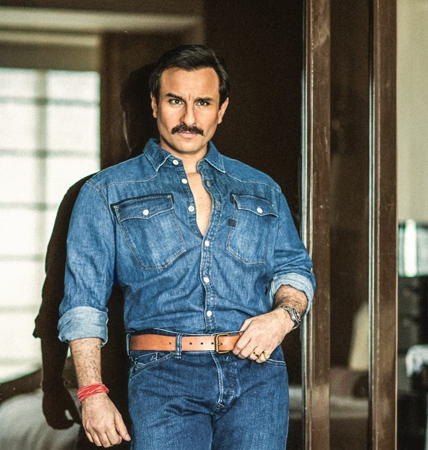 Actors Saif Ali Khan and Arjun Kapoor are all set to spook fans as they will share screen space in ‘Bhoot Police’, a horror-comedy.

The film also stars Fatima Sana Shaikh and Ali Fazal. This is for the first time the two stars have collaborated for a project. Arjun has previously worked with Saif’s actress wife Kareena Kapoor Khan in the 2016 hit ‘Ki & Ka’.

Trade analyst Taran Adarsh announced that ‘Bhoot Police’ will be directed by Pavan Kirpalani, who helmed `Ragini MMS’. The film will be co-produced by Ramesh Taurani and Akshai Puri. ‘Bhoot Police’ goes on floors at the end of 2020.

Meanwhile, apart from ‘Bhoot Police’, Arjun, who was last seen in ‘Panipat’, a cross-border romance film with Rakul Preet Singh in the pipeline. ‘Sandeep Aur Pinky Faraar’, his movie with Parineeti Chopra, is also due for a release. It was delayed due to the coronavirus pandemic.

Saif, on the other hand, was last seen in a cameo in late star Sushant Singh Rajput’s ‘Dil Bechara’. He has ‘Bunty Aur Babli 2’ in his kitty.