Kajol to accompany daughter Nysa to Singapore amid COVID-19 pandemic

* A source told Mumbai Mirror, 'Nysa is studying at United World College of South East Asia in Singapore and Kajol and Ajay don't want their daughter to miss out on studies' 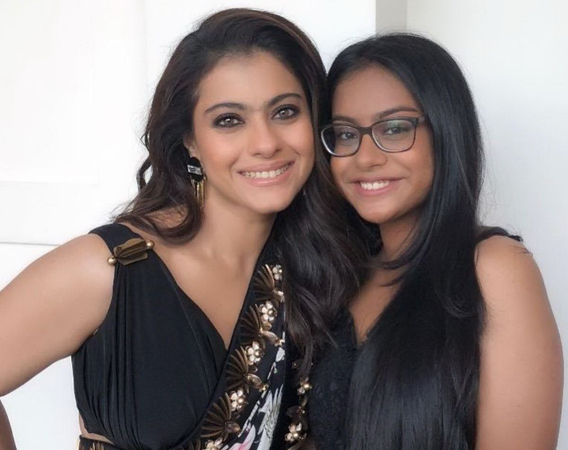 It has been over five months since the lockdown began due to the outbreak of the coronavirus pandemic. Amid the crisis, Bollywood star Kajol will be traveling to Singapore to accompany daughter Nysa Devgan.

A source told Mumbai Mirror, “Nysa is studying at United World College of South East Asia in Singapore and Kajol and Ajay don’t want their daughter to miss out on studies. At the same time, they don’t want her to be alone in a foreign country in the midst of an ongoing pandemic, which is why Kajol accompanied her there. She will be staying in Singapore for the next few months.” It added, “In 2018, Ajay and Kajol bought an apartment in the city to make their stay more comfortable.”

Kajol and Devgn have collaborated on films like Hulchul, Gundaraj, Pyaar To Hona Hi Tha, Dil Kya Kare, Raju Chacha, U Me Aur Hum, Toonpur Ka Super Hero, and Tanhaji: The Unsung Warrior. Apart from these titles, Kajol has been a part of films like Bekhudi, which was her debut vehicle that came out in 1992, Baazigar, Karan Arjun, Dilwale Dulhania Le Jayenge, Gupt, Kabhi Khushi Kabhie Gham, Fanaa, and Yeh Dillagi.

Devgn, on the other hand, seems to be one of the busiest actors in Bollywood right now, since he has multiple films coming up like Bhuj: The Pride of India, Maidaan, Chanakya, Raid 2, Thank God, and also a cameo in Rohit Shetty’s Sooryavanshi. As far as his previous titles are concerned, he too has been a bonafide movie star right from his debut in 1991.