Are we IT stereotypes? 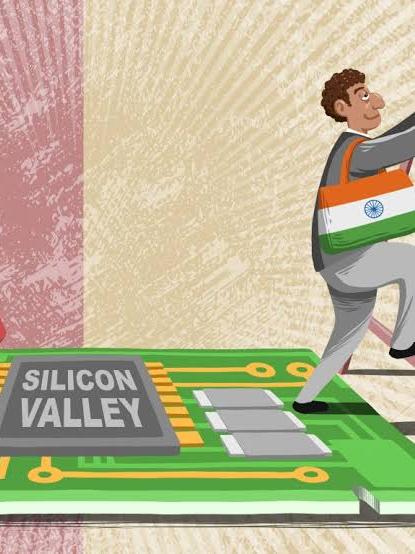 I was on vacations after Muharram and due to heavy rainfall, I have nothing to do but to watch Television at home. Being a father of pampered child, there is no other option but to watch his favorite cartoons and I believe every loving father have been through this scene.

Having more than 7 decades long intense history with our enemy at our neighbors, we don’t watch their channels too but having less number of cartoon channels our children have no other option but to watch Hindi dubbed or Indian created cartoons (whose content can engage children) and that’s the reason that they are learning more Hindi words than Urdu.

It is a common saying and also stated in International Relation (IR) books that to maintain Balance of Power (BOP) especially with your enemy, you need to design every counter strategy in proxies and same is the case in development and Information Technology as this is an important tool considered nowadays for fast development.

It has been observed that we are more stereotype in IT related work as compared to become an innovator. We rely on old procedure because we might think it is safe, secure having many filters or probably due to lack of staff. Another hard luck that our teachers who have passed their IT related degrees many years earlier do not accept innovation and irony is that they will be teaching our children too until they get retirement till they become 60 years old.

Coming back on the previous story, so watching Indian cartoons brings you some Indian advertisements and then there was an astonishing thing that while we require the basic office automation courses in our vacancies’ advertisement or our similar requirements are not for a computer operator but a better short hand writer or typewriter who can type documents faster on the same old pattern, consequently if any hacker hacks any official website then we rely on our few IT experts from other offices or via private firms.

Most of the advertisements on Indian cartoon channels were food items besides IT related which included learning apps, electronic learning programs and the most interesting thing was coding languages.

Imagine that IT companies are now offering coding courses to teenagers and adolescences in India so they can create their own apps and may be any of their app can compete Facebook, WhatsApp or probably they are endeavoring to have a new app store like PlayStore in android, Appstore in iOS or Huawei store.

Here the question arises that how can we compete with our enemy? For this, we need to open avenues in the field of IT.

This is the time for think tanks to work on the dissemination of IT education for masses, our example is like that we are still learning how to use software while our enemy is developing software. We need to become a mechanic rather than being a driver only.

We need to think that where we want to see our future generation after 30 years? Innovation in public sector areas besides education system is inevitable. We need to update our computer operators and IT experts working in different public sector offices. Moreover, we have to change the criteria of public sector IT teachers.

Similarly, our education policy especially in the field of IT needs stern attention and strong policies if we want to become a prominent nation on the map of the world in near future.