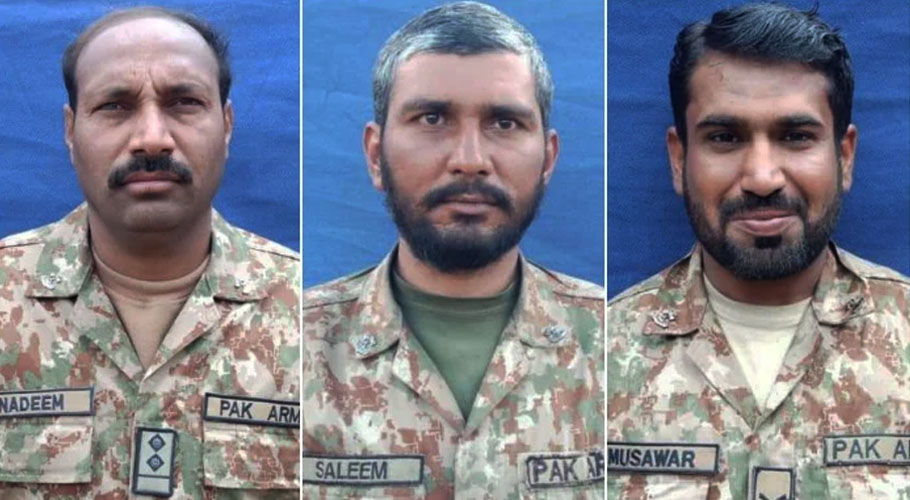 Suspected terrorists attacked Pakistan Army troops amid a search operation in a former Taliban and al-Qaida stronghold in the northwest near the Afghan border, triggering a shootout that left three soldiers martyred, the army said.

It said four soldiers also were wounded in the attack in South Waziristan, a district in the Khyber Pakhtunkhwa province. “Terrorists fire raid at security forces blocking position during a search operation in South Wazirstan,” a statement issued by the Inter-Services Public Relations (ISPR) said. The martyred soldiers are identified as Subedar Nadeem, Sepoy Saleem and Lance Naik Musawar. Four other soldiers have also sustained injuries during the incident, the military’s media wing added.

South Waziristan had served as a militant base until recent years when Pakistan said its operations there had cleared the area of the Taliban. No group claimed responsibility, although Pakistani Taliban have been blamed for such previous violence in the region, where militants have a presence.

According to a recently released UN report, more than 6,000 insurgents are hiding in Afghanistan, most belonging to the outlawed Tehreek-e-Taliban Pakistan, which often attacks military and civilian targets.

Last week, Chief of Army Staff (COAS) General Qamar Javed Bajwa had said it required joint efforts of all stakeholders to retain ‘hard earned’ peace in the tribal areas as he visited troops busy in consolidation operations along the Pak-Afghan border in Dawatoi sector, an area of KP’s North Waziristan district.

“Recent consolidation operations along Pak-Afghan border ensured effective area domination of some inaccessible pockets of land which were being sporadically used by terrorists as hideouts to target local populace and security apparatus in the rear areas,” the ISPR had said on the occasion while quoting the army chief.