Locked out by COVID, refugees’ lives on hold 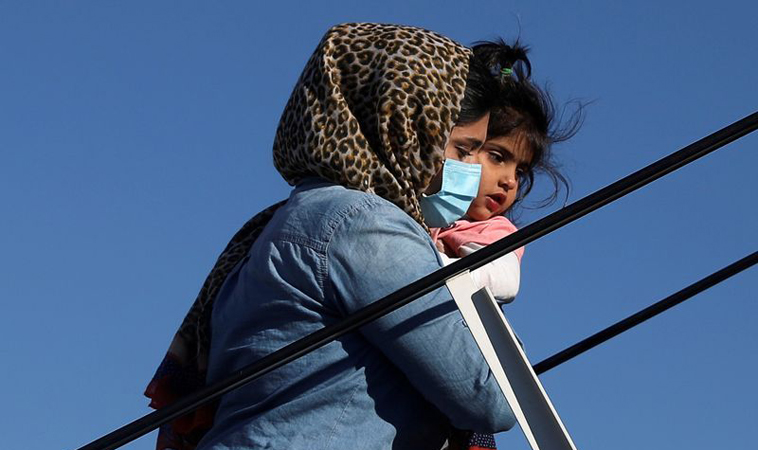 When Michelle Alfaro left her office at the United Nations in Geneva on March 13, her job finding homes for the world’s most vulnerable refugees was under control.

Four days later, the new coronavirus had knocked it into chaos. Governments across the world announced border closures, lockdowns and flight cancellations. The United Nations was forced to suspend the programme. “Everything collapsed that week,” said Alfaro, who manages resettlements for the U.N. refugee agency, UNHCR.

Millions of people have been thrown into limbo by the new coronavirus. Those Alfaro works with had been promised escape from war, violence, conflict or persecution. After submitting to a review process that can take years, and winning a chance to make new lives in countries such as the United States and Canada, thousands suddenly learned – often by phone – their flights would no longer take off.

Ubah Mohamed was one of them. A 23-year-old Somalian, she ran away from her husband after he tried to force her to join the Islamist group al Shabaab, militants who would later kill her father. She was due to fly to the United Kingdom on March 24.

“I didn’t know where I was going,” she said of her five-year ordeal as a refugee. “I was just going. I had no control.”

The pandemic has hit as attitudes to immigrants have been hardening, loosening another thread in increasingly frayed international efforts to maintain global solidarity.

Nationalism, fear of infection, economic worries and ageing voters’ resistance to change are undermining a long-established post-war consensus that people at risk of persecution, abuse or violence deserve to be sheltered. The British government this month asked the armed forces to help deal with a rise in the number of boats carrying migrants from France. In Greece, the government has rebuffed thousands of migrants from Turkey this year and stiffened patrols to stop refugees arriving by boat. The European Union has pumped billions of dollars into African states in an attempt to stem the flow of migrants to its southern shores. The United States rehouses the largest share of refugees in the programme, which in recent years has accounted for the majority of U.S. refugee intake. Arrivals under the programme have more than halved under President Donald Trump, who came to power in 2017 on an anti-immigration platform and is running for re-election promising more of the same. America accepted one-third of the refugees resettled by the United Nations last year, but is cutting its intake.

The United States stopped taking refugees from March 19 until July 29 because of travel restrictions, a State Department spokesperson told Reuters. As a result, the country resettled fewer than 3,000 people under the U.N. programme in the first half of 2020, compared with over 21,000 during the whole of last year, the data show.

Even before COVID-19, the United Nations says it struggled to raise funds and find new homes for the 1.4 million people it estimates need immediate help.

“It has been an especially difficult year for refugees,” said Alfaro, the resettlement officer. “Every single resettlement country we have has been affected – no one is left unscathed.”

Mohamed, the 23-year-old Somalian, is stranded 2,000 miles south of Geneva in a refugee camp on a sandy plain outside Niger’s capital Niamey. The mother of two, who shelters in a small tent-like structure in the U.N.’s Hamdallaye camp, was told by UNHCR officials just days before leaving that her flight was off.

“I was so excited to go,” she said in a phone interview with Reuters. “I live in a tent. If I can live in a home in a safe place, I will be satisfied.” Her journey started in 2015, on a bus to the coastal city of Bosaso, after her father told her the safest thing she could do would be to get away from her husband and leave her children behind.

A man offered her a place on a boat across the Gulf of Aden to Yemen – a common route for Somalians seeking refuge from conflict over the decades. By accepting, she unwittingly entered a network of migrant smugglers that would rob, rape and sell her from Yemen to Sudan to Libya.

Just days into her journey, she said she called her father to let him know where she was. Her step-mother answered the phone and told her the militants had killed him for helping her escape.

In southern Libya, a smuggler raped her repeatedly. She miscarried his child in the spring of 2016. He discarded her and she continued north.

Later that year, at a halfway house for migrants in northern Libya, another smuggler beat her when she told him she did not have enough money for her travel.

Crossing the Sahara Desert from Sudan to Libya in an open-back pick-up truck in 2016, sipping water that tasted of petrol, her mind was flooded with thoughts of her children. She thinks they are with family.

She married a fellow Somalian refugee in northern Libya in 2017. The smugglers’ network funneled them towards Europe. They were separated just before she boarded an overcrowded dinghy which broke down and drifted on the Mediterranean for days.

There, the Libyan Coast Guard picked her up and handed her over to the U.N. refugee agency and she was reunited with her husband at a migrant detention centre a few days later. The U.N. flew them from Tripoli to Niamey and moved them into the camp in March 2019, where the resettlement assessment began. “I wanted to forget everything I had been through,” she said.