Disney pushes theatrical release of ‘The King’s Man’ to 2021 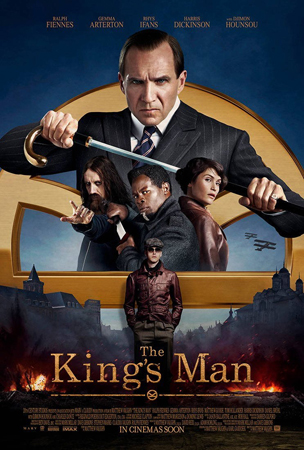 The theatrical release of the action-comedy The King’s Man has been pushed back to next year, reported Variety.

A prequel in the ‘Kingsman’ spy series, the flick was expected to hit theatres on September 18, 2020, and will now be unveiled five months later February 26, 2021. The release date of the movie has been postponed several times earlier.

The film, originally set up at 20th Century Fox, serves as an origin story for the private British intelligence service that’s portrayed in 2014 released ‘Kingsman: The Secret Service’ and 2017’s ‘Kingsman: The Golden Circle’. Directed by Matthew Vaughn, both the movies were raved by many and were box office hits.

Vaughn is back to direct the latest film, based on a screenplay he wrote with Karl Gajdusek, cited Variety.

The prequel, set in the early 1900s, depicts historical tyrants and criminal masterminds as they devise a war that could wipe out millions.