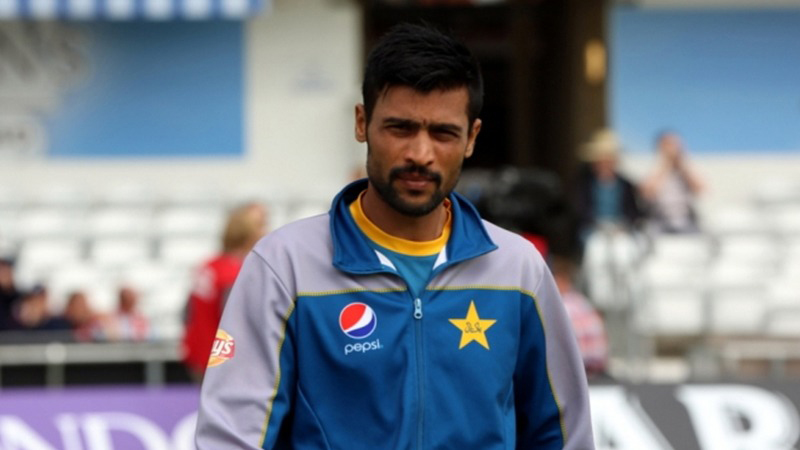 LAHORE: Pakistan pacer Mohammad Amir is unlikely to feature in the third and final Twenty20 International (T20I) of the series against England, after suffering from a hamstring injury in the second T20I on Sunday. Amir limped off having bowled just two overs, in which he conceded 25 runs, in Pakistan’s five-wicket defeat at Old Trafford, Manchester. “He’s feeling pain in his right hamstring, it’s been iced and they (Pakistan’s medical staff) will see him tomorrow (Monday),” a team spokesman said when asked if Amir would be fit for Tuesday’s series finale, also at Old Trafford. Pakistan have three pacers on the bench for the series, Mohammad Hasnain, Naseem Shah and Wahab Riaz, and one of them could be included in the side for the final T20I match. The third and final match in the series will be at the same venue on Tuesday, with Pakistan looking to avoid a series defeat. The first match was abandoned due to rain.