Misbah can be replaced due to poor performance 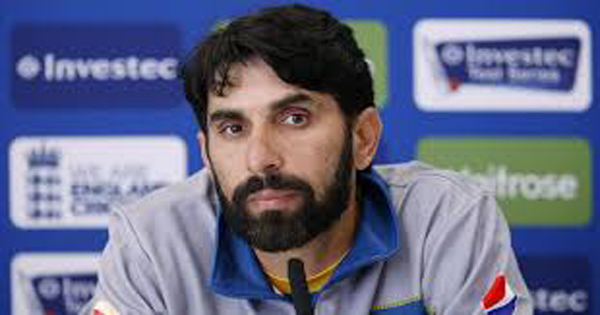 Pakistan’s head coach-cum-chief selector Misbahul Haq’s future hangs in the balance as the Pakistan Cricket Board (PCB) looks set to take important decisions over the next few weeks.

The PCB Chairman Ehsan Mani and Chief Executive Officer (CEO) Wasim Khan have returned to Pakistan, after spending their annual leaves in England, and will be looking into important matters that remained unaddressed during their absence.

One such issue is Misbah’s dual role, especially after the team’s mediocre performance during the ongoing tour of England.

Pakistan lost the three-match Test series, one-nil, bearing in mind the fact that they lost the first Test from a winning position.

The Men in Green are also one-nil down in the ongoing three-match Twenty20 International (T20I) series and would look to avoid a series defeat by winning the final match on Tuesday. Losing the T20I series is likely to result in more fingers pointing towards the already under-pressure Misbah.

Misbah was given the dual role in September 2019 in all three formats on a three-year contract.

It must be noted that Mani had tacitly given one-year ultimatum to Misbah, after the Men in Green’s disappointing performances with the former captain at the helm, back in December 2019.

“I know there is a lot of criticism but we gave dual role to Misbah because that’s the general trend in the cricketing world at the moment. The example of football is also relevant in this case because there only the manager controls the selection and coaching aspects,” said Mani in an exclusive interview with Cricket Pakistan.

“Although it’s early days but if this decision does not work out, in the next year or so, we will have no hesitation in removing Misbah from the role,” he added.