Elon Musk, the founder of the American company Tesla and SpaceX, demonstrated how to connect a computer chip made by his new company ‘Neuralink’ to the animal brain. 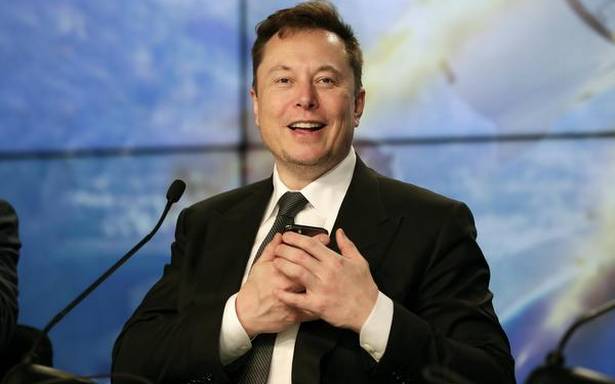 Elon Musk’s company, Neuralink, has developed a chip in just four years, which is being hailed as the beginning of a new era in the world of medicine and technology.

Musk, however, has expressed fears in the past that artificial intelligence will overtake the human mind in the future, and has apparently acknowledged the natural faculties of the human mind.

Neuralink aims to implant wireless brain-computer interfaces that include thousands of electrodes in the most complex human organ to help cure neurological conditions like Alzheimer’s, dementia and spinal cord injuries and ultimately fuse humankind with artificial intelligence.

“An implantable device can actually solve these problems,” Musk said on a webcast Friday, mentioning ailments such as memory loss, hearing loss, depression and insomnia.

Musk did not provide a timeline for those treatments, appearing to retreat from earlier statements that human trials would begin by the end of this year. Neuralink’s first clinical trials with a small number of human patients would be aimed at treating paralysis or paraplegia, the company’s head surgeon, Dr. Matthew MacDougall, said.

Neuroscientists unaffiliated with the company said the presentation indicated that Neuralink had made great strides but cautioned that longer studies were needed.

Musk presented what he described as the “three little pigs demo.” Gertrude, the pig with a Neuralink implant in the part of the brain that controls the snout, required some coaxing by Musk to appear on camera, but eventually began eating off of a stool and sniffing straw, triggering spikes on a graph tracking the animal’s neural activity.

Musk said the company had three pigs with two implants each, and also revealed a pig that previously had an implant. They were “healthy, happy and indistinguishable from a normal pig,” Musk said. He said the company predicted a pig’s limb movement during a treadmill run at “high accuracy” using implant data.

Musk described Neuralink’s chip, which is roughly 23 millimeters in diameter, as “a Fitbit in your skull with tiny wires.”

The chip will also store a record of human thoughts while preserving human memory.

The human memory stored in the chip can be replayed at any time via computer or mobile or at any time the past days can be brought to the screen in the form of data.