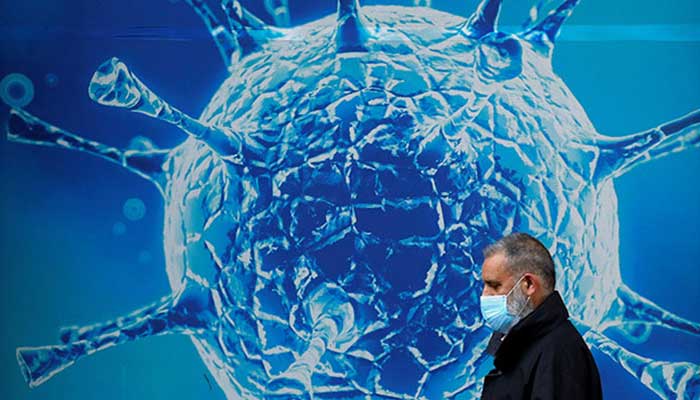 Amid a series of embarrassing U-turns and economic devastation wrought by the coronavirus pandemic, Britain’s Conservative government on Sunday was on level with the Labour party in the polls for the first time in over a year.

Prime Minister Boris Johnson can expect little respite when parliament returns on Tuesday, with economic gloom and rows over school returns and efforts to get workers back to the office set to dominate the agenda.

The Tories and Labour are now both polling at 40 percent, according to an Opinium poll published in the Observer on Sunday, the first time they have been level since Johnson was elected leader last summer.

The Conservatives had a 26-point lead at the start of the coronavirus crisis, but criticism over the government´s handling of the outbreak, which has claimed over 41,000 lives in Britain, and the economic fallout from the resulting lockdown has seen their popularity plunge.

“This is the first time Labour have drawn level since July 2019 when both main parties were in freefall,” said Adam Drummond of Opinium.

“Since Boris Johnson became prime minister the Tories typically had a double digit lead, peaking in March/April this year when they were seen to be handling the pandemic and lockdown fairly well while Labour changed leader.”

The latest polling drop comes after a damaging two weeks of U-turns over school exam results.

The government cancelled all exams for school leavers due to the virus, and instead asked Ofqual, the non-ministerial government department in charge of testing, to estimate results based on teacher assessments and other factors, including the historic performance of schools.

But it was forced to accept the teachers’ estimated grades after thousands of pupils had their results downgraded by Ofqual´s algorithm, which particularly hit children from disadvantaged backgrounds.

It also backtracked on making pupils wear masks when they return to school next week.

Charles Walker, vice-chair of the influential 1922 committee of Conservative backbenchers, told the Observer that MPs were becoming restless.

“Too often it looks like this government licks its finger and sticks it in the air to see which way the wind is blowing. This is not a sustainable way to approach the business of governing and government,” he said.

The return to school threatens to be another flashpoint, with unions unhappy about the safety of staff and some parents concerned about their children.

Britain’s economy shrank by one fifth in the second quarter, more than any European neighbour, as the lockdown slammed businesses and plunged the country into its deepest recession on record.

City centre businesses have been hit particularly hard as people continue to work from home, with thousands of job losses announced by High Street stores and food chains.

Johnson is expected to launch a major publicity drive next week encouraging people to go back to the office.

The campaign will make the “emotional case” for face-to-face relationships with colleagues and reassure nervous workers that “the workplace is a safe place”, said the Daily Telegraph.

A Morgan Stanley study published in early August indicated just one-third (34 percent) of British office workers had returned to their desks, compared to 68 percent in Europe.

The government is running a huge deficit as it attempts to mitigate the downturn, with sharp tax hikes expected to be announced soon, the Sunday Telegraph reported.

One glimmer of good news is the dramatic decrease in the number of people dying and being hospitalised with coronavirus.

But government scientists are still concerned about a return in winter, which it warned could lead to more than 80,000 deaths in the “worst case scenario.”