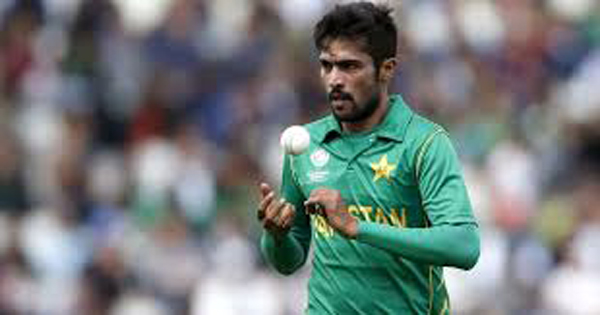 LAHORE: Pakistan pace bowler Mohammad Amir was spotted shining the cricket ball using saliva in his 1st over of the 1st T20I match against England at the Old Trafford Stadium in Manchester. On Friday, Amir was caught on cameras as he inadvertently licked his finger while walking back to his delivery mark during the opening match of the three-match T20I series between England and Pakistan. The incident happened more than on one occasion when on-field umpires took notice and rushed to sanitise the white ball. The tactic is long-standing and very common that bowlers swear by to help the ball swing. However, following the enforced break due to the novel coronavirus pandemic, the use of saliva has been restricted.

The no-saliva regulation has been in order since cricket resumed with the Test series against West Indies in England. Prior to the recommencement of international cricket in July, the board strictly prohibited the use of saliva as part of its provisional measures for the safe conduct on ground. However, sweat has remained legal and was permitted as a medium for the same.

The guidelines laid-down by the International Cricket Council (ICC), states, “Players will not be permitted to use saliva to shine the ball. If a player does apply saliva to the ball, the umpires will manage the situation with some leniency during an initial period of adjustment for the players, but subsequent instances will result in the team receiving a warning. A team can be issued up to two warnings per innings but repeated use of saliva on the ball will result in a 5-run penalty to the batting side. Whenever saliva is applied to the ball, the umpires will be instructed to clean the ball before play recommences.”