Ollie Pope out for four months after suffering dislocated shoulder 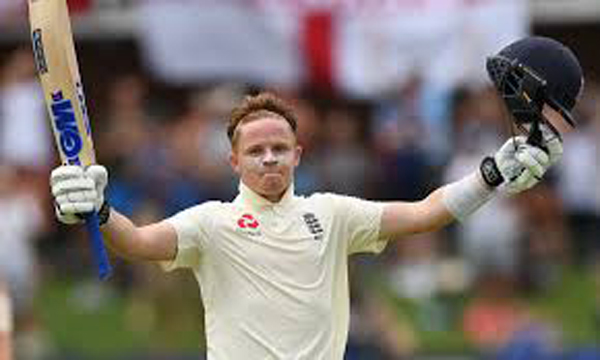 LONDON: Ollie Pope has been ruled out for up to four months after dislocating his left shoulder during last week’s third Test against Pakistan at the Ageas Bowl. The injury occurred on the fourth day of the match, when Pope slid to save a boundary off the second ball of Stuart Broad’s first over of the day and left the pitch immediately. He underwent an MRI scan in London on Wednesday and was reviewed by a consultant on Thursday. He will now have surgery on the injured shoulder in the next couple of weeks before commencing a rehabilitation programme with the Surrey and England medical teams.

The injury is a cruel recurrence for Pope, given that he injured the same shoulder while playing for Surrey last summer. He was out of action for three months on that occasion, and was unavailable for selection during England’s Ashes campaign. It is possible, however, that Pope will not miss any Test cricket on this occasion, with England’s next engagements coming against Sri Lanka and India in early 2021, by which stage it is hoped that he will have recovered full fitness. Despite a tailing-off in form during the Pakistan series, Pope has been one of England’s breakthrough players of the past few months. He scored a matchwinning 135 not out against South Africa in Port Elizabeth in January, then made a crucial 91 in the series decider against West Indies in Manchester.

He was also England’s top scorer in the first innings of the first Test against Pakistan, making 62 out of a total of 219, a performance that would prove vital in the team’s fightback to win on the fourth afternoon. After his previous shoulder injury, Pope told Wisden Cricket Monthly that the time away from the game had been a “blessing in disguise”, allowing him the chance to take stock and make changes to his technique.