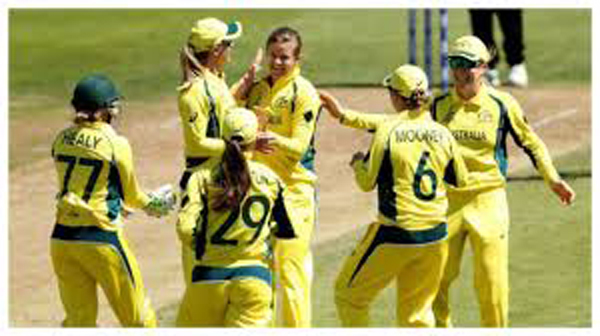 MELBOURNE: The women’s cricket teams of Australia and New Zealand will make their return to the field for the first time since March in a condensed series in Brisbane in September, Cricket Australia said on Saturday. The World Twenty20 champions Australia will play their trans-Tasman neighbours in three T20 internationals and three one-day matches over 12 days. This week Cricket Australia said their cricket season was likely to be played in hubs and in a concentrated period of time to comply with strict coronavirus protocols.

New Zealand will arrive in Australia on Sept. 9 and undergo a 14-day isolation period. Australian players from the states of New South Wales and Victoria will arrive in Brisbane on Sept. 6 and also enter isolation before joining the rest of the squad on Sept. 20. The first T20 game is set to be played at Allan Border Field on Sept. 26, with further matches on Sept. 27 and 30 before one-day internationals on Oct. 3, Oct. 5 and Oct. 7. The confirmation of the first set of fixtures might ease some pressure on CA, who faced a revolt from broadcasters this week unhappy at a lack of clarity and who have threatened to terminate their television contract.