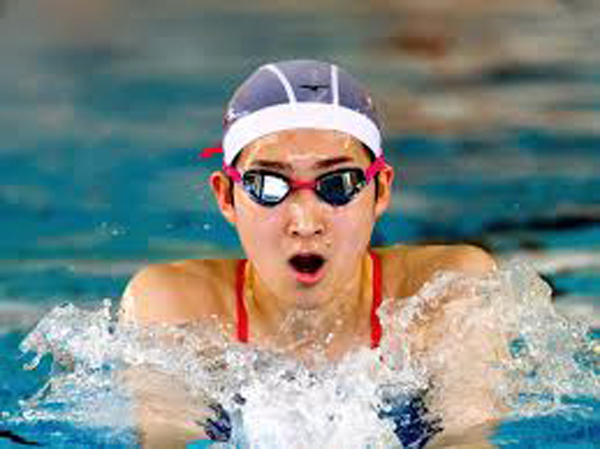 TOKYO: Japan’s Rikako Ikee on Saturday won in her first race since being diagnosed with leukaemia 19 months ago. The 20-year-old swimmer won six gold medals at the Asian Games two years ago in Jakarta and would have been among the favourites in several events going into the Tokyo Olympics, which were postponed by a year to 2021 due to the COVID-19 pandemic. In February 2019, Ikee was diagnosed with leukaemia and has been slowly battling back to full fitness since then. Saturday’s 50 metres freestyle at a low-key Tokyo Swimming Association meet marked her first competitive race since then. Ikee won her heat in a time of 26.32 seconds, the fifth fastest time of the day, at the Tatsumi International Swimming Centre, which is set to be a venue at the rearranged Olympics next year. Ikee is the Japanese record holder in the race with a time of 24.21. Ikee is not expected to try and qualify for the Tokyo Games but has spoken about the Paris 2024 Olympics as her goal.