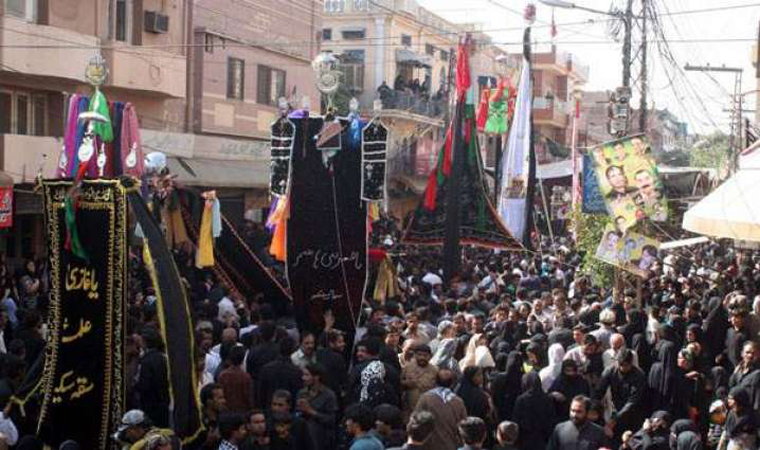 Arrangements have been finalized to observe Youm-e-Ashur, the 10th of Muharram-ul-Haram, today with traditional religious solemnity to commemorate the supreme sacrifice rendered by Imam Hussain (AS) and his companions to preserve uprightness of Islam in Karbala in 61AH.

The day will dawn with special prayers by the faithful at mosques and Imambargahs. All markets and business centres will remain closed on the occasion of Ashura. Media will air special programmes to mark the significance of the day.

The federal and provincial governments have made strict security arrangements to ensure safety of mourners. Various processions of Alam and Zul’jinnah will be taken out from Imambargahs in multiple cities across country, which, after passing through the already determined traditional routes, will culminate at their fixed spots.

In the federal capital, police has also made arrangements to ensure implementation of standard operating procedures (SOPs) issued by the government to contain the spread of Covid-19 in mass gatherings. Some 15,000 personnel of police, Pakistan Rangers and FC will perform security duties in the federal capital to maintain high vigilance and thwart any untoward incident. All SDPOs and SHOs have been directed to ensure strict security arrangements and special checking of participants of processions, Majalis and other religious gatherings.

Similarly, Sham-e-Ghareeban would be held at each and every Imambargah after the processions during which the philosophy of martyrdom of Imam Hussain (AS) and his companions will be highlighted. A number of social and political organisations as well as individuals will set up stalls, Sabeels of juices, water, milk and tea at different places, especially along the routes of the processions, in remembrance of extreme thirst faced by Imam Hussain (AS) and his companions.

Walk-through gates and CCTV cameras have already been installed to check the entry and exit of the people at various points. Pillion riding has also been banned in federal capital. Hospitals have been directed to remain alert for any emergency situation while a comprehensive plan was formulated to provide first aid on the spot to the mourners.

Mobile teams and ambulances with medical kits would move along with the processions to provide immediate medical aid to the mourners. Cellular services will remain suspended, especially in the Sector G-6 and G-7 and in the sensitive areas of the federal capital till the end of the processions.

In Rawalpindi, the main procession of Ashura will emerge from Imambargah Col Maqbool Hussain and culminate at Imambargah Qadeemi after passing through its designated routes.

Meanwhile, the border between Pakistan and Afghanistan at Chaman has been closed for two days due to security reasons. After the new directives, all trade activities and pedestrian crossings at the border have come to a halt. Thousands of Pakistanis and Afghans cross the border on foot amid tight security every day.

On August 21 last, Pakistan had reopened its border with Afghanistan at Chaman after seven months of closure. The border was shut down seven months ago due to the coronavirus pandemic.

A day earlier, the 9th of Muharram was observed across the country in solemnity to honour the memory of Karbala. Processions were taken out in different cities to mourn the martyrdom of Hazrat Imam Hussain (AS).

Religious Affairs Minister Dr Noor-ul-Haq Qadri in a statement said the supreme sacrifice of Imam Hussain (AS) in Karbala taught a lesson to all and sundry to firmly stand against tyranny and injustice.