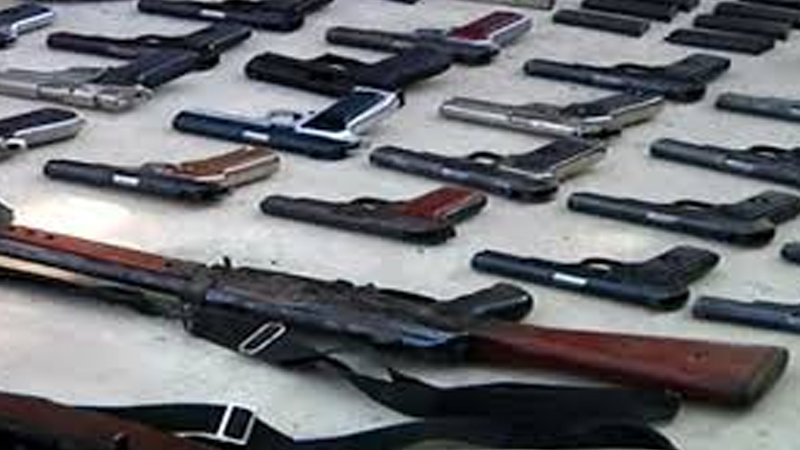 The law enforcement agencies (LEAs) have recovered a huge cache of arms and ammunition from a hideout of terrorists in Kohlu on Saturday. A large cache of illegal weapons and munitions was found in a raid at a hideout of saboteurs at Mukhi Nallah in Mawand, the local assistant commissioner said in a press briefing here. The law enforcement agencies’ operation saved the district from destruction as captured arms and munitions were brought in the district for using them in subversive activities in the area, the assistant commissioner said. “The recovered weapons and ammunition were kept hidden under the surface,” the official said. “The munitions included 12 Russian made anti-tank bombs, one light machine-gun (LMG), large quantity of cartridges, 82 Indian made mortar shells and other ammunition,” according to the official. Police had registered a case against the accused and launched a hunt for their accomplices.