Karachi — Abandoned City of the Heartless 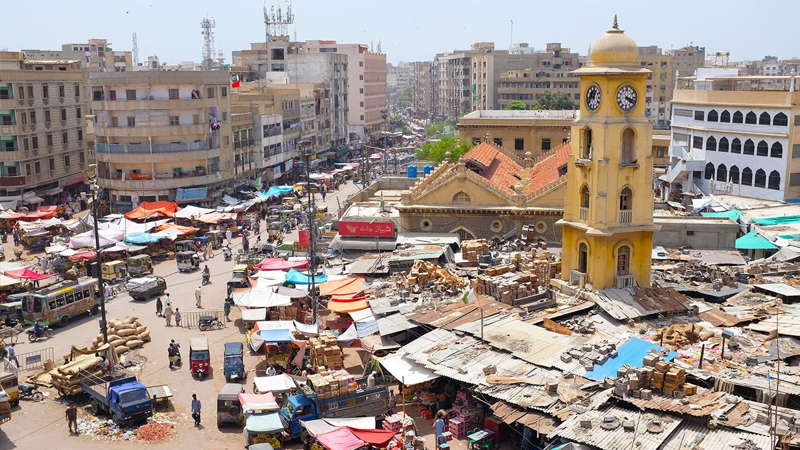 Who we are to blame? The Metropolitan, the megacity, the melting pot of Pakistan, the first capital, most revenue generating city and city of 20 million heartless souls. Karachi – do not owe its misery to any political party, any institution, any utility providing company or any other organization. The slow death of the megacity is only on the hands of its blind, dumb, deaf and heartless Karachiites, who have become a symbol of miserable existence.

The pathetic governance and plight of the most thriving city of yesteryears is unprecedented in history. And yet, the Karachiites are seemingly motionless, accepting all the havocs forced upon them with utmost ease, as if challenging the circumstances to come up with something worse. The city of lights never had reign of their power generation in the hands of the most insensitive listed companies of Pakistan like now. A meager light shower or a rainfall in any part of the city gives them the license to go on for a load management or load shedding spree from hours to a day, regardless of that specific area even receiving any rainfall or not! The water mafia ensures that all Karachiites have to purchase water from them. And novice authorities keep on asking the poor citizens to notify any such illegal hydrants which are never out of business in the extreme ends or in the middle of the city. Taps and water lines of households are never out of air, if of course we do not agree to the inflated prices of the water tankers!

Sharah-e-Faisal, the biggest tributary of the city, is not being governed by one authority but a number of organizations are responsible for different divided patches of the road, making them all the dreaded free-riders when it comes to owning up during any catastrophe. Sewerage system is at the right place though, in the gutters. The horrible photographs and viral videos showing submerged intersections, flooded highways, knee-high to up to abdomen-high accumulation of water, cars flowing in the artificial rivers of an otherwise barren city; all combined to give you the water-eyed picture of how Karachi is sinking.

Who we are to blame? The city has seen worse of political parties influenced shutdown, lawlessness, terror attacks, traffic woes and overall mismanagement. A phone call could result in a shutter down strike where the entire city would come to a stand-still. And completion of road projects that may take few months would not end up in years. Land-mafia continue with their encroachment of land for societies and illegal occupation results in stay-order while the life earning of some innocent victim Karachiites tends to hang in balance. Representation of the city dwellers in the provincial and even federal government jobs would be a question mark and ownership of hospitals would be fought upon while patients suffer from decaying health system and lack of medicines and accurate testing on the grass-root level.

Who is to be blamed? No political party, no institute, no organization, and in our case not even Nature could bring upon us the agonies the inhabitants of this megacity are facing. Only, we the Karachiites are responsible, we the Karachiites are to be blamed for. The city government, the provincial government, the federal government, the army, the institutes, the authorities and association all have been working here for more than three fourth of a century now, in phases or in continuity spanning over decades. Those political parties in power are controlling the city since ever, yet the 20 million people of the city have no other ‘choice’. No one is needed to be blamed, but the heartless, indifferent, soulless and always ready to be mauled Karachiites who would brave away the chest-high water, roads with craters, electrocution, overflowing nullahs and piles of filthy garbage and still reach their workplaces and be a part of economy engine of Pakistan, like nothing happened. These benign Karachiites would say a curse word or two, shrug their shoulders and then live yet another day. The stories of how they would go back home many hours late, braving the traffic and waterlogged roads, slipping on the bikes or slamming in other cars as their brakes failed or on foot since no transport buses were available, would replace the stories from the next day and the cycle continues.

There is no need of empathy when everyone is undergoing the same circumstances. The directors, managers and supervisors who may have access to the luxuries would question the absence of those fighting the civic issues at their hands without be concerned of the difficulties of hailing from different economic strata. The Edhis, the Chhipas, the JDCs, the Al-Khidmats, the Saylanis, the NGOs work like it was their duty to do so, every time the helpless Karachi face an emergency. And life moves on. Those at helm of affairs whine and cry over lack of funds, lack of power, lack of support; and the 20 million over lack of choices. Karachi was never abandoned by any one in power, but by the 20 million who consciously chose to remain silent and who are the blessed forgetfuls. They never held anyone answerable ever and continue to forego any accountability since inception of Pakistan. Karachiites ensure to replace their daily plight, short term distresses and long term issues with new memories every day. We are indeed the abandoned city of 20 million heartless who care for no one, not even ourselves!

The author is a Physician, health care leader, and a seasoned writer for local English newspapers and blogs. He tweets as @Ali_Shahid82