A surname can’t let you thrive in the film industry for 25 years: Bobby Deol 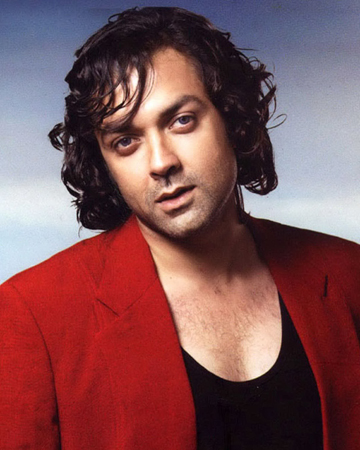 Bobby Deol has been around in Hindi films for two and a half decades now. The 50-year-old actor, son of Bollywood icon Dharmendra, opened up on the raging nepotism debate saying mere family background can never let an actor survive in the cut-throat world of films, but hard work and talent can.

“Our work has to speak for us to survive in the industry. Everyone comes from a family, but only your family name cannot allow you to last 25 years in the industry. Our parents give us every best thing — education, upbringing, everything. When we grow up, a doctor wishes his child to become a doctor, and it is true for every industry. Whether a businessman, a media baron, or an industrialist, they all want their children to follow in their footsteps. My father being an actor wanted us to be actors, too. There was an advantage initially, but that is it. There is a lone journey after that,” Bobby told IANS.

The actor has lately found good work in the OTT scene. After starring as a cop in the digitally-released film, “Class of 83”, he now has the central role of a corrupt godman in Prakash Jha’s new web series, “Aashram”.

The actor has lately found good work in the OTT scene. After starring as a cop in the digitally-released film ‘Class of 83,’ he now has the central role of a corrupt godman in Prakash Jha’s new web series ‘Aashram’

“I have been trying to work with Prakashji since the time I started my career. He is a veteran, a National Award-winning filmmaker. So when I got a call from his office saying he wants to meet me, I was so excited! He narrated the story and told me, ‘I want you to play this character, will you?’ For a few seconds, I was surprised because nobody had ever imagined I could pull off a character like this. It felt good and confident that a veteran filmmaker like Prakashji chose me to play a character like this. I just followed what he said, I followed the script,” said Bobby about his experience of working in the film.

He gave further insight into the character, ” The story is based on our society where we have seen many characters like that in reality. There are people in every business who are conmen, who use people to benefit themselves. I also believe that there are bad and good sides to every human being. It makes us a good person when we suppress the bad in us.”