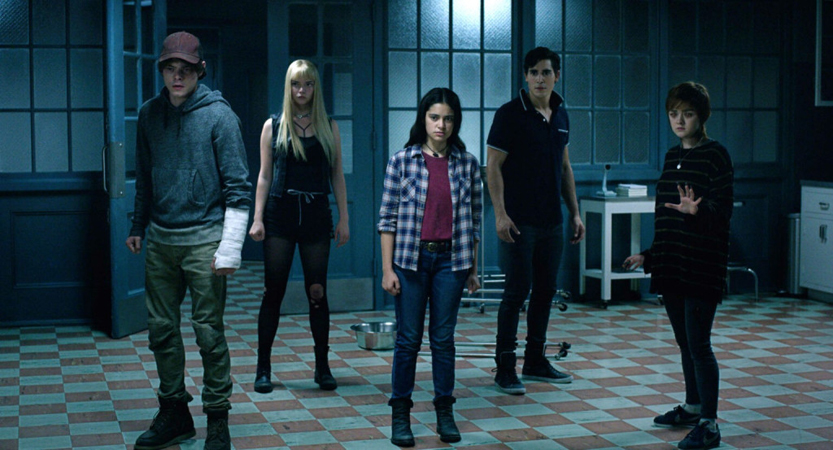 With moviegoing slowly returning to life after five months, a quartet of new titles are arriving amid the serious challenge of attracting customers worried about the COVID-19 pandemic — and Hurricane Laura.

Disney’s “X-Men” spinoff “The New Mutants” opens at 2,412 North American locations and should lead the weekend in the $7 million to $10 million range. The film was directed by Josh Boone, and stars Maisie Williams, Anya Taylor-Joy, Charlie Heaton, Alice Braga, Blu Hunt and Henry Zaga as young mutants held in a secret facility fighting to save themselves.

UA-Orion’s comedy sequel “Bill &amp; Ted Face the Music,” with Keanu Reeves and Alex Winter, is launching at 1,007 venues while being simultaneously released on video on demand; Searchlight’s comedy-drama “The Personal History of David Copperfield” will open at 1,360 screens; and Picturehouse’s faith-based “Fatima” will debut at 215 sites.

Moviegoing has been minimal since mid-March, with business limited for several months to the nation’s 300 drive-ins, followed by a slow re-launch in states that are beginning to ease social-distancing restrictions. Additionally, state governments in California and New York — two of the biggest movie markets — have not yet allowed movie theaters to reopen.

Solstice Studios’ “Unhinged,” a thriller starring Russell Crowe, took in $4 million last weekend in the first major theatrical release since March. The film played in 1,823 venues in North America, marking the widest release yet since the pandemic hit.

Paul Dergarabedian, senior media analyst at Comscore, said the performance showed that a significant number of customers are hungry for moviegoing, with less than half of the nation’s 5,000-plus theaters now open.

“While New York and Los Angeles are incredibly important movie markets, the solid performance of ‘Unhinged’ shows that success is still possible in this limited marketplace,” he said.

“In fact, when big markets like New York and Los Angeles finally open, another boost could be realized at the box office for some of the newer releases down the road while still in their first run in theaters.”

Christopher Nolan’s highly anticipated sci-fi thriller “Tenet” will open on Sept. 3 at the start of Labor Day weekend. Warner Bros. issued strict guidelines to drive-in operators across the country, mandating that “Tenet” can only play in outdoor venues if indoor theaters in that particular market are open.