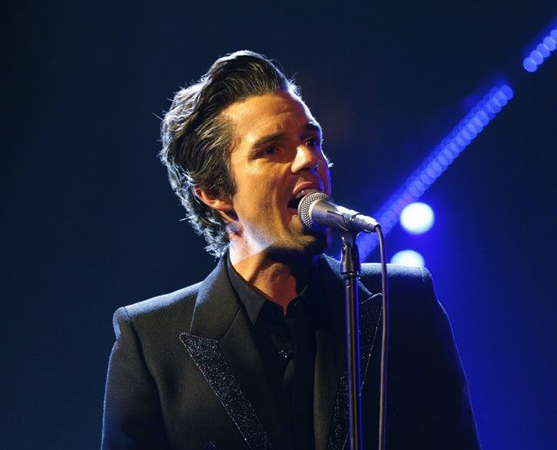 The Killers have topped the UK album chart for a sixth time with Imploding The Mirage. The rock band recorded 50,000 chart sales, including nearly 42,000 copies on CD.

The band outsold the rest of the week’s other top five albums combined to secure the top spot.

Frontman Brandon Flowers now has eight number one albums to his name including his two solo releases, Flamingo and The Desired Effect.

Pop Smoke’s Shoot For The Stars, Aim For The Moon is in second place this week, with Taylor Swift’s Folklore ranked third.

In the singles chart, Head & Heart by Joel Corry featuring MNEK is at the top for a sixth week.

The song recorded more than 62,000 chart sales to hold on to the number one spot.

WAP by Cardi B featuring Megan Thee Stallion is second, while BTS scored the highest new entry at number three with Dynamite.

The K-pop group said in a statement: “We feel humbled and honoured to have earned a new personal best on the UK Official Singles Chart.

“Dynamite was created in the hopes of bringing some vibrant energy that the world needs right now more than ever.

“If it made one person happier, then that’s more than enough for us.”

Ain’t It Different by Headie One featuring AJ Tracey and Stormzy is in fourth place, with Lighter by Nathan Dawe featuring KSI fifth.