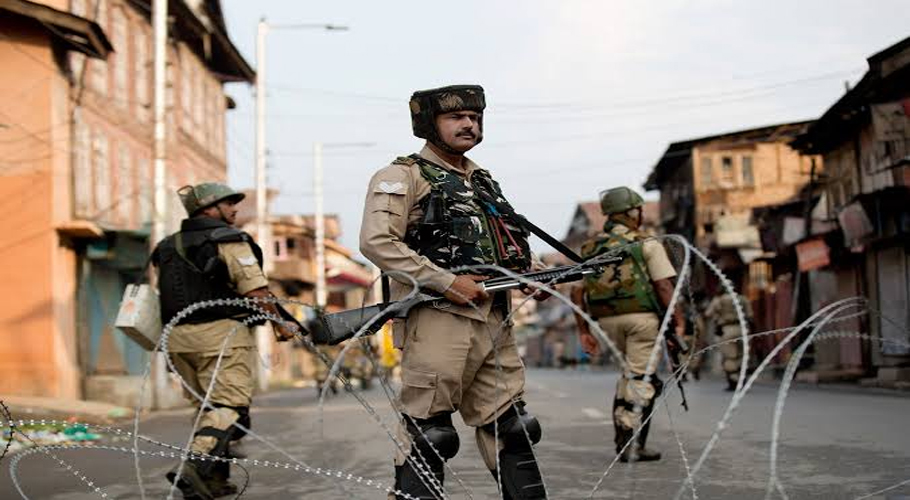 The Kashmir Media Service (KMS) imposed strict restrictions. The occupying authorities had tightened restrictions in Srinagar, Badgam, Baramulla and other areas to stop people from taking out Muharram processions.

Lal Chowk, the valley’s commercial centre, and adjoining areas of Srinagar were completely sealed. Troops and police personnel were deployed across IoK, who blocked main roads by putting up barricades.

However, defying restrictions, people tried to take out Muharram processions in Srinagar and other areas, with mourners holding banners reading slogans like ‘Free Kashmir’.

Hurriyat leaders Muhammad Yousuf Naqash, Khawaja Firdous and Yasmeen Raja, in their statements, denounced the use of brute force on Muharram processions in Srinagar, Badgam and other parts of the Kashmir Valley.

They termed the imposition of restrictions by the authorities as an interference in the religious affairs of Muslims. The Jammu and Kashmir Young Men’s League Chairman Imtiaz Ahmed Reeshi, in his statement, denounced the harassment of the party activists by Indian authorities.

The worst unrest in years between India´s majority Hindus and minority Muslims killed around 50 people, most of them Muslims, over several days of running battles in the city´s northeast in February.