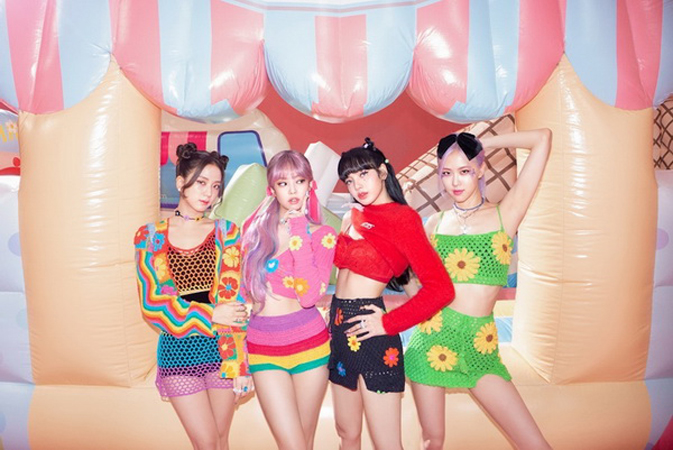 K-pop power girl group Blackpink and singer-actress Selena Gomez released their eagerly awaited new single “Ice Cream” on Friday to furious fan approval. Doused in shades of pink and other pastels, the music video here opens with Gomez in a red-and-white striped outfit and sailor hat in the driver&#39;s seat of an ice cream van, while Blackpink members Jisoo, Jennie, Rose and Lisa later dance holding ice cream in a bright pink ice cream parlour. Blackpink’s management agency, YG Entertainment, said “Ice Cream” was perfect for summer and completely different from previous songs “Kill This Love” or “How You Like That”. Both had a more dynamic and aggressive club beat while “Ice Cream” has a lighter, bubbly vibe. “I really like that this song is sort of different than Blackpink’s previous songs,” said one fan with the username Ariel ari. “It’s a new side and concept that really suits them. I can’t wait for the new album!”