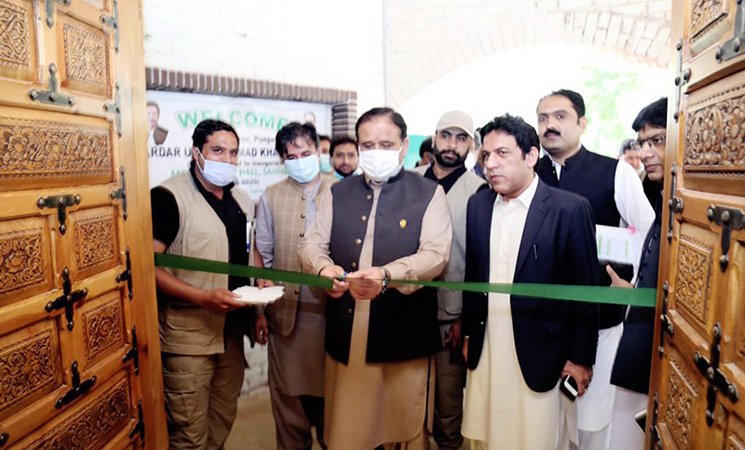 Advance measures should be taken for safety from flooding in low-lying areas. Similarly, the CM directed to ensure the provision of necessary resources and made it clear that strict action will be taken if the water is accumulated on roads and bazaars. It is intolerable that people face any difficulty due to stagnant water, the CM added.

Chief Minister Punjab Sardar Usman Buzdar has expressed a deep sense of sorrow over the loss of lives due to rain-related accidents in Band Road area of Lahore, Sohdra Town of Wazirabad, Hafizabad, Kot Radha Kishan and other areas. He extended sympathies to bereaved heirs and directed the concerned administration to provide best healthcare facilities to the injured. He further directed to expedite rescue operation for the safe recovery of people stuck under debris due to caving in of roof of a godown at Band Road by utilizing every possible resource.

The CM assured them of an early solution and stated that he is monitoring progress on development projects by visiting different cities. The public welfare schemes will be complete in time while making no compromise on their quality, he stressed. He announced to connect Sahiwal with motorway at Samundary Interchange through a link road and line departments will be contacted soon for this purpose. He also announced the early completion of Sahiwal Link Road along with the provision of funds on a priority basis.

The chief minister announced to upgrade DHQ Hospital Sahiwal adding that hospital and medical college will be provided additional funds for better healthcare facilities. He also directed to early complete repair and maintenance of city roads as civic amenities improvement projects will be completed with foreign collaboration. The chief minister also announced girls degree college for Kassowal and stated to consider the possibility of linking Chichawatini with the motorway. The citizens are given their rights, he added. He announced division level colonies for journalists and lawyers and added that genuine problems of the legal fraternity will be solved on a priority basis. Similarly, traders and industrialists will be facilitated and price control authority will be set up to stabilise the prices of essential items, he said.

Usman Buzdar maintained the PTI government was rectifying misdeeds of the past tenures as the chaos created by the past rulers is unimaginable. He vowed to transform the system and government will complete its five years tenure. The conspirators will continue to indulge in their conspiracies but the PTI government will continue its journey of public service, the CM added. The parliamentarians will be given their due rights, he said. I have made a visit to Sahiwal city in the night to review cleanliness and drainage arrangements and I am satisfied, the CM added. The government machinery should strenuously work for improving civil amenities, the CM concluded.

The parliamentarians expressed their views that Usman Buzdar meets all and sundry to solve the problems. The critics are following a specific agenda. We are siding with Chief Minister Usman Buzdar in the journey of public service, they further said.