‘No megaproject in health, education sectors for Gujranwala in two years’ 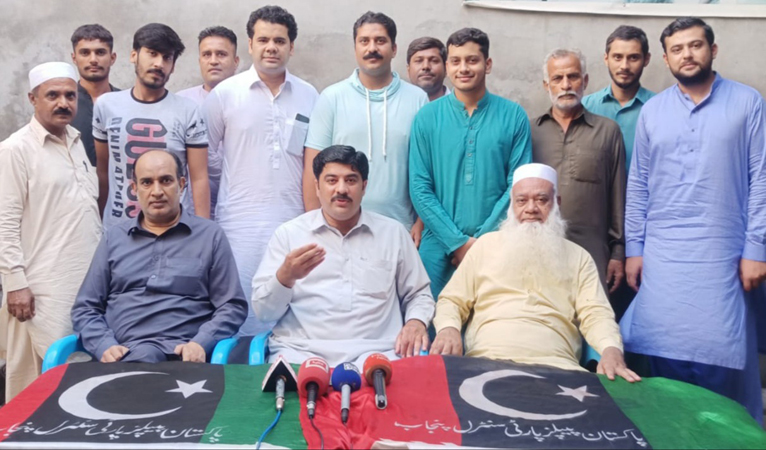 PTI government has launched no megaproject in health and education sector for Gujranwala in its two years tenure.

PTI used to criticise previous government for not building a university in Gujranwala and now, in its two years rule it has not laid a single brick in school let alone building a university. These thoughts were expressed by Pakistan People’s Party Secretary information Gujranwala City Sagheer Butt in a press conference at People’s Secretariat Gondalanwala Road. He was accompanied by Zulfiqar Bhutto, Rana Haneef, Ali Haider, Sheraz Ansari, Hamza Mughal, Riaz Bhatti, Shabeer Kamboh, Yasir Butt, Rashid Gujar and others. Mr Sagheer said, Gujranwala Civil Hospital is in disorder where in emergency department only young doctors are available as senior doctors shirk their jobs. Doctors are busy in gossips. Wards are overcrowded a condition akin to previous regime. Patients are asked to lwait for months to get operated, a painful wait during which many lost their lives. Operation theaters are in disarray; doctors and staff behave unprofessionally with the patients.

Gondalanwala Teaching Hospital was closed after just one month of being operational. It will take many more years to complete a project started six years ago. Delay from government has increased the construction cost of the project. Selected government through its inability is exploiting the denizens of Gujranwala. Mr Sagheer further said, no initiative has been taken in the sector of education. Government schools are in pathetic condition and no new initiative of advanced education facility or university is given. Government has collapsed in providing basic necessities. Government is employing same foul language to run the state affairs as it used over container and it is knocking down our country. The whole city sank after few millimeters of rain. GT Road and other important roads are swamped for hours and this tells of gross performance of WASA. Now country is amidst a disaster of torrents of rain and some people are busy in political scoring during these hard times. Some venal journalist are projecting particular areas to tarnish political party and its leadership. When the whole country is deluged, we pray to Allah to shower his mercy on us and safeguard the people and their belongings. Bilawal Bhutto Zardari is the only hope of country since he has a team and a vision to lead Pakistan towards stability.