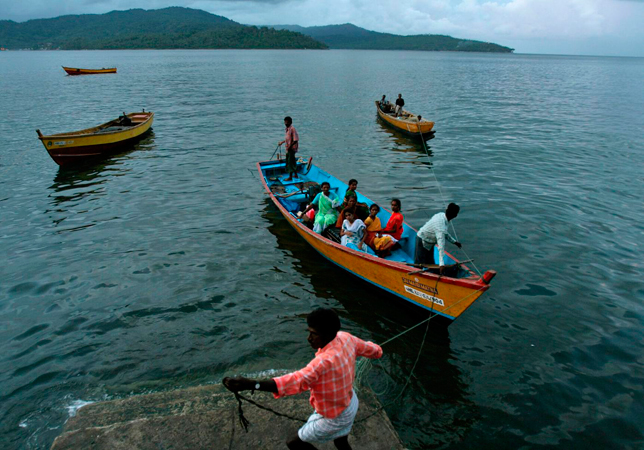 Four members of a small tribe in the remote Andaman and Nicobar Islands have tested positive for the coronavirus, an Indian health official said Thursday.

Dr. Avijit Ray said the four are among the 37 members of the Great Andamanese tribe who live on Strait Island. Health workers went to the island last week to test the tribe members, he said.

Ray said the four apparently caught the virus during a recent visit to Port Blair, the capital of the Andaman and Nicobar Islands, a federally administered Indian territory in the Bay of Bengal. They are being treated and “are recovering well,” he said.

The Andaman and Nicobar Islands, a chain of islands with a population of about 400,000, have reported 2.944 coronavirus cases, including 41 deaths, mostly among non-tribal groups. Vulnerable tribes on the islands include the Sentinelese, Jarawa, Great Andamanese, Shompen and Onge.

Roy said health workers are trying to protect the tribes from the virus. “We are keeping a close watch on the movements and testing some of the other tribes,” he said. The Sentinelese and Jarawa, however, have remained isolated from mainstream society. Authorities protect the tribes by restricting travel in the areas where they live.