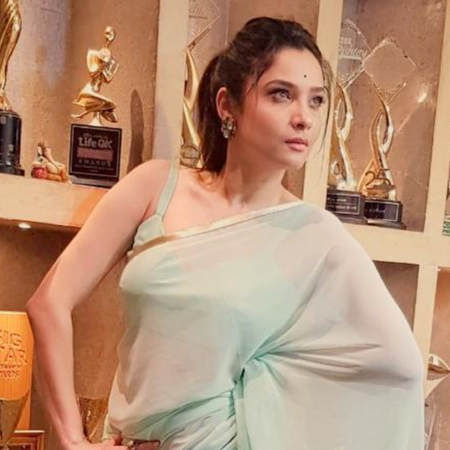 Bollywood actor Sushant Singh Rajput’s death case is currently being investigated by the CBI. Meanwhile, after late’s actor’s girlfriend, Rhea Chakraborty in her first interview with a news channel recently presented her side of the story with claims about Sushant’s mental health, former girlfriend and actress Ankita Lokhande has rubbished it all.

Ankita took to social media and clarified with her startling revelations, blasting each of Rhea’s claims.

In fact, she found support from her ‘Manikarnika’ co-star and actress Kangana Ranaut, who wrote: Fact #Sushant had no history of mental illness before dating Rhea last year, this mental illness plot point was introduced in a goth hotel post genius plot twist of air sickness on a trip to Europe, who is the lame scriptwriter?

Ankita took to social media and clarified with her startling revelations, blasting each of Rhea’s claims

On the other hand, the Narcotics Control Bureau (NCB) after registering a criminal case against actress Rhea Chakraborty over drug conspiracy reports in connection with actor Sushant Singh Rajput’s death case has arrived in Mumbai.

A five-member team has been constituted under the supervision of Deputy Director of Operations (NCB) KPS Malhotra.

Apart from Rhea, who was Sushant’s girlfriend, the agency has also booked a few others, against whom the Enforcement Directorate (ED) had already registered a case earlier. The NCB will probe their alleged dealings in banned drugs. A team from Delhi will investigate the case in Mumbai.

The case has been registered under Sections 20, 22, 27 and 29 of the Narcotic Drugs and Psychotropic Substances (NDPS) Act.