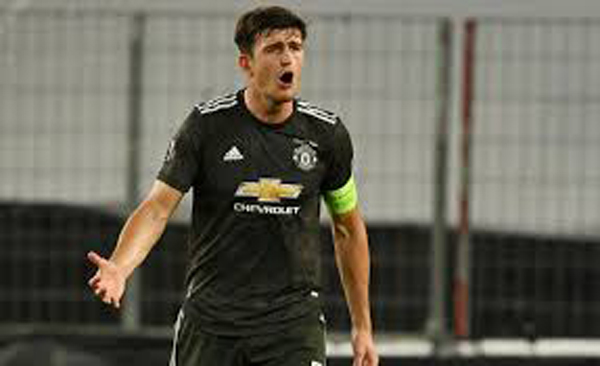 LONDON: Manchester United captain Harry Maguire told the BBC on Friday that he feared for his life and thought he was being kidnapped as he was arrested by plainclothes police officers following a fracas on the Greek island of Mykonos. England defender Maguire was found guilty of repeated bodily harm, attempted bribery, violence against public employees and insulting behaviour after his arrest in a brawl during which two police officers were assaulted. He received a suspended prison sentence of 21 months and 10 days, but Manchester United said on Wednesday that Maguire had been granted a full retrial after appealing against the verdict.

“It was horrible. It’s not something I ever want to do again. I don’t wish it on anybody. It’s the first time I’d ever been inside a prison,” Maguire said of his two nights in custody. Maguire said his younger sister Daisy had been attacked in a bar on the island by two men who drugged her, adding that when he tried to take her to hospital he was arrested. “They just started hitting us. He was hitting my legs and saying my career is over, no more football, you won’t play again,” a visibly shaken Maguire said. “And at this point, I thought there’s no chance that these are police, I don’t know who they are, I tried to run away.” Maguire denied trying to bribe the police involved in the incident. “I have great faith in the Greek law, a retrial will give us more time to prepare, gather the evidence, allow witnesses into the court. I’m really confident that the truth will be told and come out,” he added. “I don’t feel like I owe an apology to anybody. An apology is something when you’ve done something wrong. Do I regret … I regret being in the situation, obviously the situation has made it difficult. I play for one of the biggest clubs in the world so I regret putting the fans and the club through this.”