Allowing Nawaz Sharif to leave the country was a ‘mistake’, says PM Imran 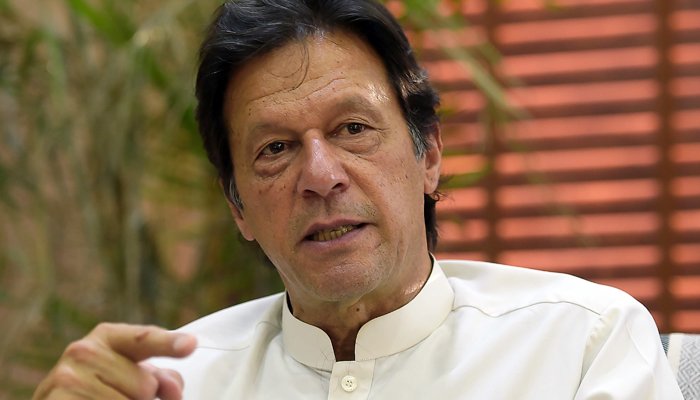 ISLAMABAD: Prime Minister Imran Khan admitted on Thursday that allowing former premier Nawaz Sharif to leave the country was a ‘mistake’ made by his government.

“We sent him in good faith, but now we regret it,” he said speaking in an interview to a private news channel.

The premier said that it was embarrassing to learn that Nawaz, who was given a facility on medical grounds, has started doingn politics abroad.

“Had there been no medical opinions, which were probably based on fake health reports, we would not have allowed him (Nawaz) to leave,” he added.

Imran reiterated that his government would make every effort to bring Nawaz back, saying there were no two laws in the country for the rich and the poor.

Responding to a question about whether a state head had asked for Nawaz to be released, Imran said he wasn’t pressurised but the issue was politely mentioned.

He further went on to say that the former premier failed to produce a single document to prove the money trail of his foreign properties worth billions.

“When they politically victimised me, asking about my London flat, I submitted 60 documents. However, they only presented three fraudulent documents which include the one witht he Calibri (font) and the Qatari letter,” he said.

He dispensed the Opposition’s criticism on the National Accountability Bureau saying its chairman was selected by the PML-N and PPP.

Speaking further about the Opposition, he warned that will be the ones to be blamed if the country got blacklisted on the Financial Action Task Force (FATF) list, leading to an economic collapse.

“We are going to convene a joint session of the parliament next week, and if the Opposition once again joins hands to save the corrupt within its ranks, it would be an open enmity towards the country,” the prime minister said.

He said consequences of FATF-blacklisting could be horrific, leading to a halt in international bank dealings and devaluation of currency, resulting in price hike of commodities including electricity.

“The Opposition is blackmailing the government on the FATF issue,” he said, adding that the government will not give any concession to the corrupt in the form of NRO.

“India wants to put us in the FATF blacklist, and defeating legislations regarding FATF would be tantamount to supporting their cause,” he said, adding that the Opposition had a one-point agenda that was entirely against national interest.

Imran said his government inherited a situation where Pakistan was put on the FATF grey-list during the tenure of Pakistan Muslim League- Nawaz, adding that blacklisting could prove a ‘disaster’ for the country.

On relations with international leaders on a personal level, he said interest of the country always came ahead of any such friendship.

He mentioned that he had all the support of the Pakistan Army on his foreign policy, including pursuing dialogue as a solution to conflicts, release of the captured Indian pilot or opening of the Kartarpur Corridor.

He said a pro-India lobby was always involved in the planned campaign of maligning Pakistan Army, that has rendered immense contributions for this country.

He mentioned that detachments of the army were working to help people of Karachi as it faced flooding by heavy rainfall. The premier added that he was in touch with the chairman of the National Disaster Management Authority in this regard.

The prime minister said India had made a strategic blunder in Indian Illegally Occupied Jammu and Kashmir (IIOJK) and vowed that Pakistan would forcefully raise the issue in the upcoming session of the United Nations General Assembly in New York in September.

Speaking about his government completing two years, Imran said after passing difficult phases, Pakistan was heading in the right direction.

He said the government inherited the biggest trade gap in the country’s history and the first year passed by trying to recover from chances of default.

He said no country, other than Pakistan, made such a quick progress after the outbreak of the coronavirus pandemic, as the pandemic affected economies globally.

PM Imran mentioned that Pakistan’s exports were greater than India’s and Bangladesh’s following the situation, adding that the revenue in the month of July was above expectations, with an increase witnessed in sales of cement, cars and motorcycles.

“It is a time for the nation to rise from ashes, as six months of continuous stability can help regain the country its strength,” he said.

On the18th Amendment, the prime minister said it had ‘fractured’ the system of the country, as federal and provincial units lacked coordination. He said the amendment, though having a good concept of power devolution, was carried out in haste and was proving to be an obstacle.

He added that devolution of power, transferred from the federation to provinces, should further have been trickled down to districts, towns and city levels.

Imran said a new and modern administrative system would soon be introduced in Punjab and Khyber-Pakhtunkhwa.

He mentioned that to address the lack of coordination in tourism sector, he had constituted a national coordination committee to devise a feasibility plan that can be followed by provinces. Similarly, he said the construction sector will also be boosted with coordination at the national level.