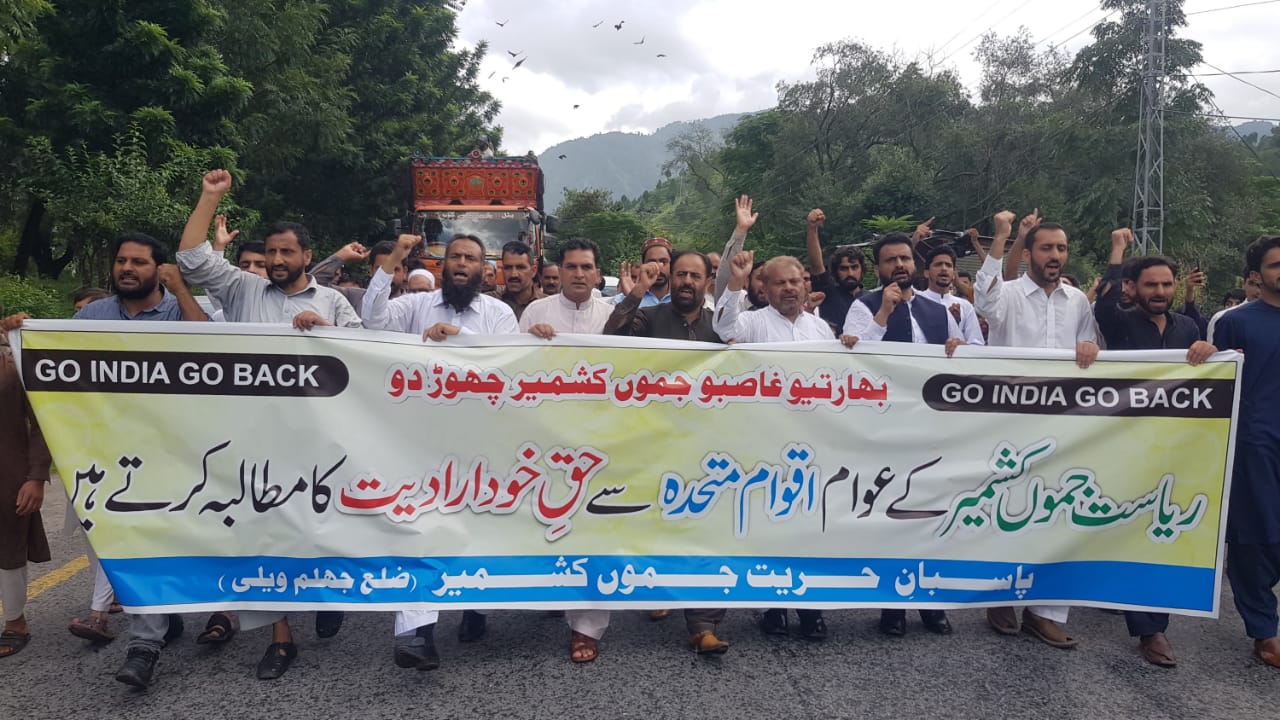 Jehlum Valley: A rally was staged under the aegis of Pasban-e-Hurriyat Jammu Kashmir against Indian atrocities in Indian Occupied Kashmir (IOK) here on Friday.

Massive gathering was witnessed on the occasion, people were chanting slogans against Indian Prime Minister Narendra Modi and Indian illegal occupation on Jammu and Kashmir.

Speakers on the occasion said that Jammu and Kashmir is an internationally recognised disputed territory and UN has promised to conduct free, fair and impartial Plebiscite in its resolutions.

They maintained that UN didn’t implement its resolutions for the last 74 years.

Speaker conscribed the Indian acts and conspiracies of converting Muslim majority into minority as an open state terrorism.

They said that people of Jammu and Kashmir do not accept Indian illegal occupation through military siege, “a movement for Plebiscite is ongoing throughout the state according to UN resolutions” speakers added.

They demanded the United Nations Security Council to conduct Plebiscite in the region as it is inevitable for the peace.

They also demanded government of Azad Jammu and Kashmir to take strong measures for highlighting Kashmir cause globally to attain world conscience attention towards this issue.