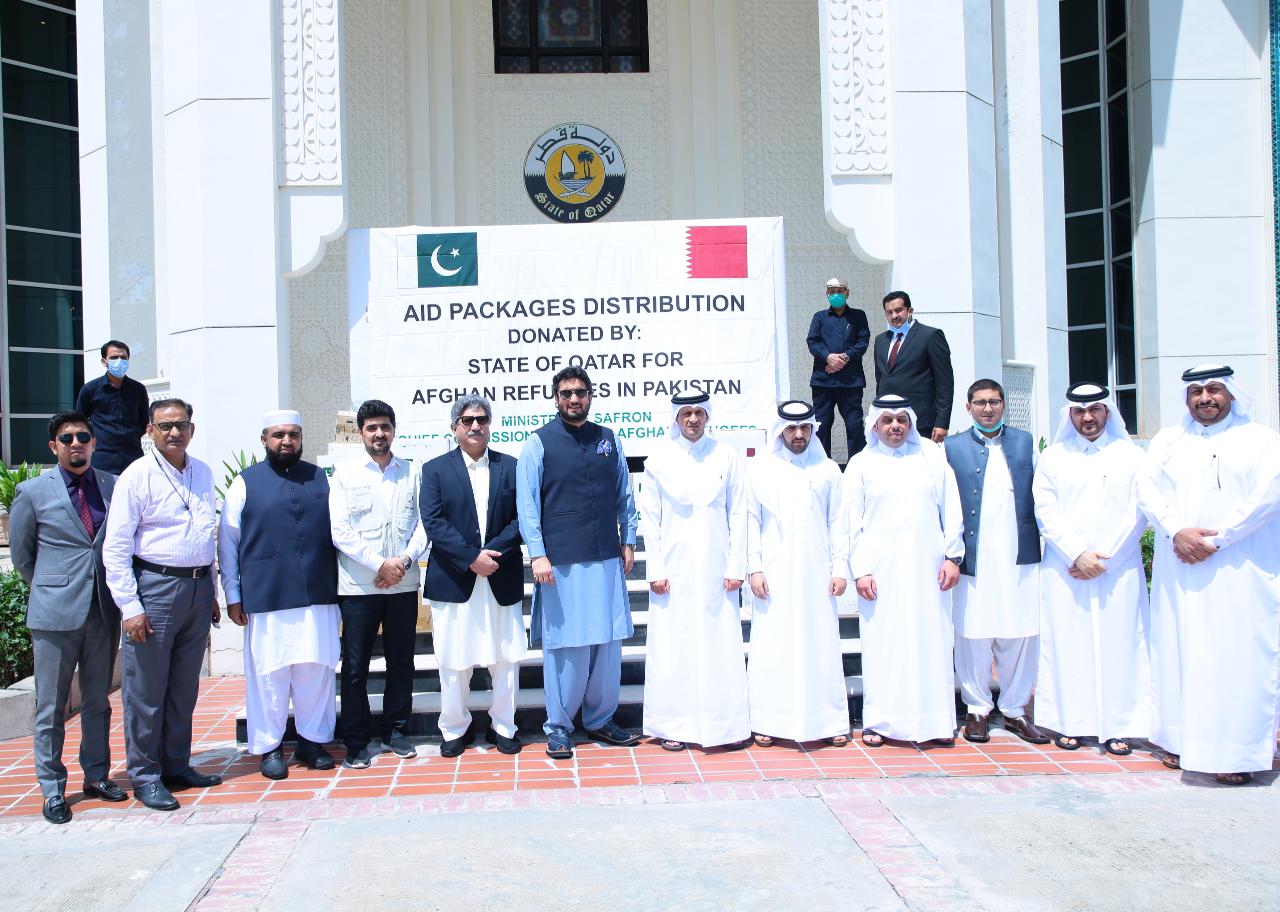 Shehryar Khan Afridi expressed gratitude to the Qatar Ambassador and said that the donations would greatly help the Afghan refugees in fight against the pandemic. He said that Pakistan, due to the visionary and novel approach adopted in fighting the pandemic, had been successful in effectively handling the disease.

He said that the Ambassador’s passionate approach would largely help in further cementing Pakistan, Qatar friendly relationship. He said that Afghanistan is a conflict zone where humanity has suffered enormously. He said that Qatar and Turkey have greatly supported and facilitated the Syrian refugees too. He expressed gratitude to the government of Qatar for taking care of Pakistani expatriates.

Sensitizing the Ambassador over plight of Kashmiri Muslims, Shehryar Afridi said that Hindutva regime in India is targeting religious minorities for mass conversions and Muslims are being targeted specially. He said that Kashmir has become a specific area where Muslims are being martyred, imprisoned and women are raped under a vicious plan of Muslim genocide.

Ambassador Sheikh Saoud bin Abdulrahman Al Thani said that Qatar has been working with Pakistan on plans and initiatives to help the needy and deserving.

“As a flying officer, I was trained by professional Pakistani forces and it is about time to return the favour. We have doubled the number of Pakistani labour and another 90,000 Pakistanis have been added to the Qatar workforce in the past one year. We are facilitating the visa process and we have simplified the visa process,” the Ambassador said.

The Ambassador said that the cooperation with Pakistan was a priority area for his government and he would work extensively to promote brotherhood between the two nations.