Addressing the meeting, Minister of State for Climate Change, Zartaj Gul, regretted that a delicate balance in natural system among all living things has been treacherously thrown off by humans, which in fact must be restored in order to sustain healthy ecosystems. 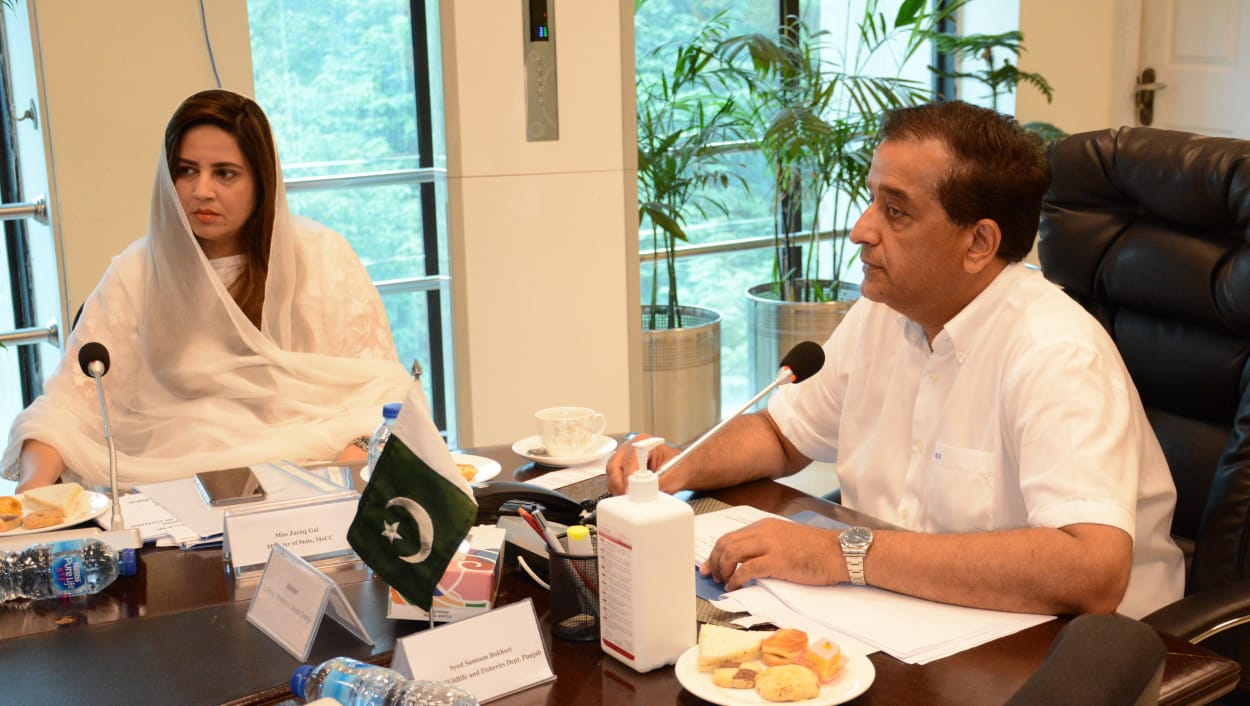 She said that humans use plants and animals for nearly every aspect of the daily life. However, food, clothing, medicine, souvenirs, pets and building supplies are just some of the uses that have led people to depend on wildlife resources.

“We have seen as various global studies highlight that humans have kept fulfilling these needs by overfishing rivers and oceans, poaching endangered animals and overhunting important species without thinking that over-exploitation or unsustainable use of wildlife resources, which has resulted in massive loss in wildlife biodiversity,” the state minister Zartaj Gul stated.

She called for enhanced collaboration and cooperation among all provincial forest and wildlife departments. She said that the prime minister Imran Khan is very much serious to see these challenges addressed at all levels under the Ten Billion Tree Tsunami Programme, for which adequate financial resources of Rs. 15.59 billion have been earmarked for the wildlife component of TBTTP.

She emphasized upon provincial forest and wildlife departments to development robust public awareness and community engagement plans. Because, public awareness is pivotal motivating the general public to play their part in addressing challenges to the wildlife and their habitats.

“Contributions of informed and motivated communities is, no doubt, vital to the government’s overall efforts being taken to conserve and protection the wildlife and stem their habitat loss,” Zartaj Gul highlighted.

Special Assistant to Prime Minister on Climate Change, Malik Amin Aslam, said that the conservation of wildlife and protection of their habitats in Pakistan has been assigned the top priority by the present government for restoration of the ailing wildlife sector of the Pakistan.

He said that the Prime Minister Imran Khan is taking serious interest in efforts being taken by the climate change minister under the present government’s flagship Ten Billion Tree Tsunami Programme, for protection of the endangered plants and animal species along with their natural habitats, which are beset with challenges leading to their degradation.

While the main challenge is to halt and preserve the rapidly degrading wildlife habitats in Pakistan, present government is committed and ramping up efforts to overcome the very challenges under the country’s largest ever afforestation programme of the Ten Billion Tree Tsunami Programme (TBTTP), Malik Amin said while chairing a high-level review meeting held at the Ministry of Climate Change, held here on Thursday.

He told the meeting participants that conserving wildlife is at the heart of the present government’s wildlife conservation and protection mission under TBTTP launched as a part of the Prime Minister Imran Khan’s vision for clean and green Pakistan.

“We are focusing on protecting populations of [also] some of the world’s most ecologically, economically and culturally important species – the survival of which remains threatened by poaching, illegal trade and habitat loss,” the SAPM underlined.

“Because, we understand that protecting the wildlife habitats is critical to conserve the wildlife, so that the future generations of wildlife and even humans can enjoy it,” he argued.

The Special Assistant to PM Malik Amin Aslam, however, urged the provincial forest and wildlife departments to use the best science and capacities available to link on-the-ground work with high-level policy action to create lasting solutions that benefit wild animals as well as the people that live alongside them.

However, he urged them to work across a variety of communities and customize the wildlife conservation and protection work based on the specific needs and interests of a given place, taking into consideration each region’s particular set of conservation assets and challenges.

Referring to World Wildlife Fund’s study the ‘Living Planet Report 2018, SAPM Malik Amin said that the report found humans responsible for the current rate of species extinction, which is at least 100 –1,000 times higher than nature intended, pointing towards astonishing 60 percent decline in the size of populations of mammals, birds, fish, reptiles, and amphibians in just over 40 years across the world.

“This is a sorry picture that needs to be taken into account for us all policymakers, scientists, conservationists, biologists, ecologists, governments and civil society members and highlights the need for us all to work together for halting the rapid loss of the wildlife and their habitats,” he stressed.