River Chenab is in high flood level at Head Marala

High flood recorded in Chenab River at Head Marala near Sialkot with water inflow recorded at 293,000 cusecs, floodwater was continuously soaring in River Chenab due to ongoing heavy rains in the area, Flood Forecasting Division said. 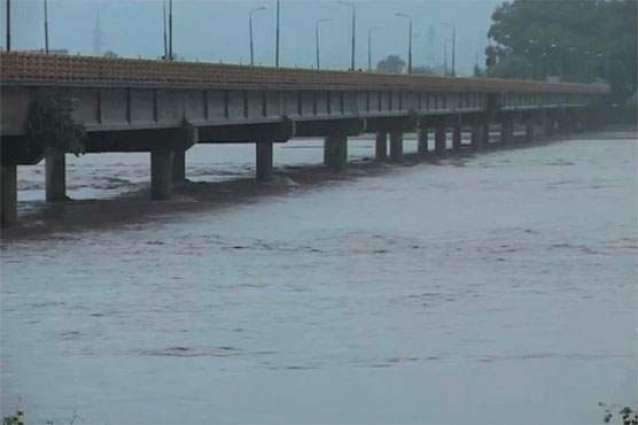 Deputy Commissioner Sialkot Dr Nasir Mehmood Bashir said that floodwater was continuously soaring in River Chenab due to ongoing heavy rains in Sialkot region and even in the catchments areas in neighbouring Occupied Jammu and Kashmir.

According to officials, India has released 100,000 cusecs of water from its Salal dam into Chenab which has created surged the water river in the river and created high flood level.