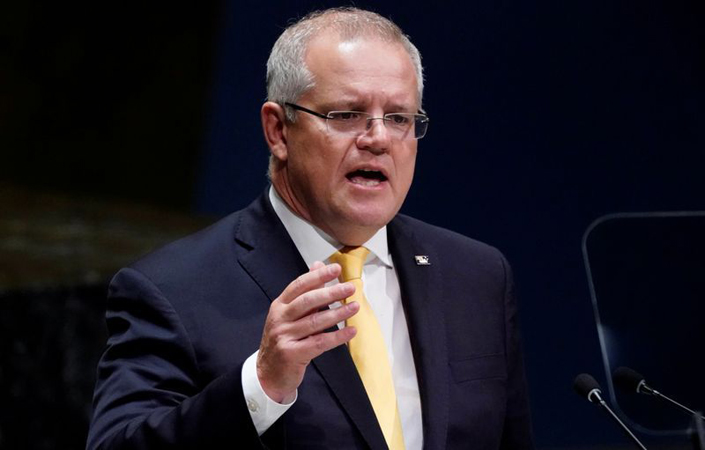 A proposed Australian law that would give the federal government powers to cancel any agreements local authorities and public institutions make or have made with foreign governments is not aimed at China, Prime Minister Scott Morrison said on Thursday.

The new legislation comes as Canberra seeks to curtail Beijing’s influence in Australia amid concerns over issues including trade and security, but Morrison denied the new law was designed with China specifically in mind.

“These laws are about Australia’s national sovereign interests,” Morrison said.

Under the new law, the country’s foreign minister would be able to cancel any agreements made by state and territory governments, local councils or public universities with foreign administrations if they “adversely affect Australia’s foreign relations” or are “inconsistent with Australian foreign policy”.

The legislation will also be retrospective, and Morrison said Australia is aware of 130 agreements that government entities have struck with 30 different countries.

One of these deals includes Australia’s second most populous state signing up to China’s Belt and Road Initiative in 2018, a decision Morrison criticised at time.

Relations between Australia and its largest trading partner have become increasingly strained, with Australia angering China by calling for an international investigation into the origins of the coronavirus and blocking a recent agricultural deal.

China has targeted Australian exports of wine, barley and beef, and told its students and tourists to avoid travelling to Australia, citing racial discrimination.

China buys more than one-third of Australia’s total exports, and sends more than a million tourists and students there each year.

On Wednesday, one of China’s most senior diplomats in Australia said there was a “shadow” over the bilateral relationship.

The new legislation excludes commercial corporations and state-owned enterprises, although Australia has already given regulators and the treasurer additional powers to reject foreign takeovers of private companies.