World’s oldest Ironman plans to keep competing into his 90s 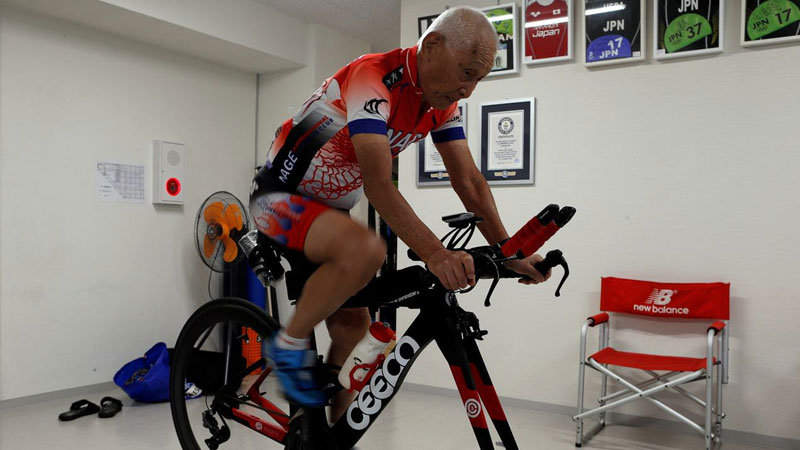 Hiromu Inada, 87, already has a certificate on his wall that confirms his status as the world’s oldest Ironman, but the Japanese man is still pounding away on his training bike and hopes to continue competing into his 90s.

In 2018 at the age of 85 years and 328 days, Inada went to Kailua-Kona in Hawaii and set a new mark for the oldest person to complete the world championship Ironman – a feat beyond most people decades younger than him.

The cancellation of this October’s Ironman because of the coronavirus pandemic has not dulled his ambition, and Inada is maintaining his gruelling training schedule for a return to Hawaii next year.

“My goal is next year’s world championship in Hawaii,” he told Reuters at his training facility in Chiba, east of Tokyo.

“I will absolutely participate in it, and I absolutely want to break the world record of completing the race at the oldest age again. This is my current and biggest goal.”

An Ironman race is widely considered one of the toughest endurance events in sport, requiring athletes to swim 3.86 km, bike 180.25 km and fun a full 42.19 km marathon.

Slender and tanned from hours training outside, Inada looks like a man who has been competing in endurance tests all his life, but he only took up the sport in retirement. 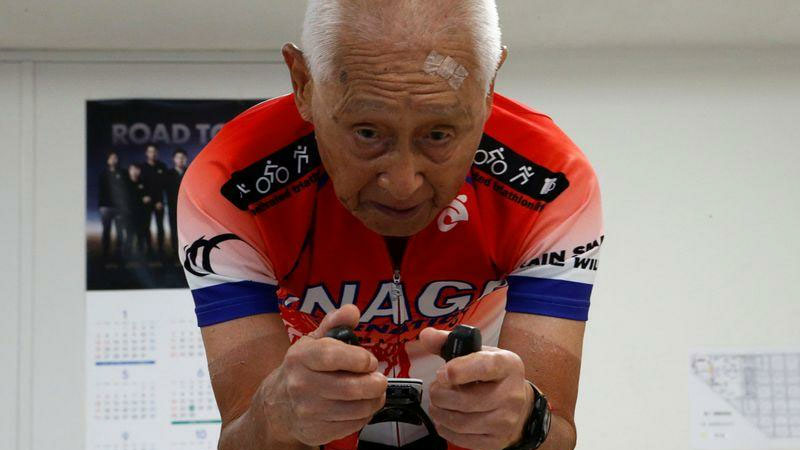 After working for public broadcaster NHK, Inada began swimming and running, and bought a bike age 69. He competed in his first triathlon a year later. After the death of his wife soon afterwards, Ironman competitions became an obsession for Inada.

In 2015, at age 82, he took part in the Hawaii Ironman, bidding to become the oldest finisher on record, but he fell just short: his time was 5 seconds too slow to be officially registered.

Inspired by support from the Hawaiian public, Inada returned the next year and completed the race in a qualifying time, earning his Guinness World Records certificate.

“Until then, I had thought I would give up if I felt I had enough of it,” Inada said. “But since then, I have in my mind that I absolutely cannot give up, and I absolutely must complete, otherwise I feel sorry for those who support me.”

Inada sees the extended lead-in to his next trip to Hawaii as on opportunity to rest a sore knee and tweak his preparation technique.

“I hope I can try new things to build my fitness,” he said.

“I hope I can adjust my physical peak to the postponed race. So, I would rather think it was good that it was delayed.”