Afghan leaders say negotiations with Taliban to begin next week 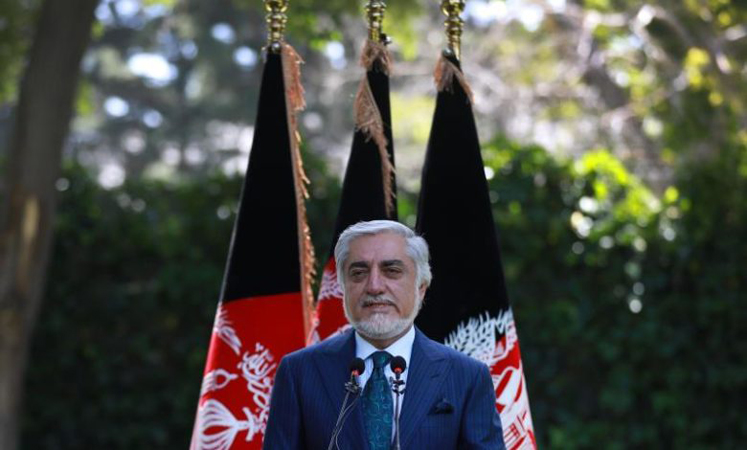 Intra-Afghan negotiations will start next week to decide a future political roadmap in the war-shattered country, two senior Afghan leaders said on Thursday.

Chairman of the High Council for National Reconciliation Abdulllah Abdullah speaking at a seminar in Kabul and Afghanistan’s acting Foreign Minister Haneef Atmar in his remarks at a video conference at the U.S. Institute of Peace announced the intra-Afghan negotiations will start in Qatar next week.

Taliban political spokesman Suhail Shaheen Taliban are ready for the negotiations but after the process of the release of 5,000 prisoners is completed under the Taliban-US agreement signed in February.

“Our position is if they release our remaining prisoners, we are ready to start intra-Afghan negotiations in a week as we have already announced time and again,” Shaheen told Daily Times from Qatar, where the Taliban have political headquarters.

Intra-Afghan negotiations were scheduled to start on March 10 under the Taliban-U.S. agreement but could not start due to differences over the release of Taliban prisoners.

But Atmar said release of the prisoners will resume in days and that the main obstacle in the way of intra-Afghan negotiations will be removed. However, he urged the Taliban to ensure that the freed Taliban should not return to the battlefield as release of dangerous Taliban in such a big number could create lots of problems.

“Hopefully, we will be soon done with all those initial hurdles that were in the way of starting the peace negotiations,”Atmar said during a conversation on Afghan peace process and Afghanistan’s path to lasting peace.

The Afghan foreign minister said the negotiation team of the Afghan government is ready to start talks with the Taliban.

On the other hand the Taliban chief negotiator Sher Abbas Stanekzai has told Daily Times that the 20-member Taliban team has been constituted including 13 members from the powerful leadership council in the team.

Atmar said everybody in the region and the international community has expressed their support for an Afghan-owned and Afghan-led peace process.

He said Kabul supports efforts by any country including Pakistan for the peace as Pakistan has a key role “because of its significant influence on the Taliban and we hope Pakistan will continue influence in support of the peace.”

A total of 12 countries have already offered to host the intra-Afghan dialogue that will begin from Qatar and different sittings will be held in other countries.

Germany, Norway, Russia, China, Japan and Uzbekistan are among the list of 12 countries which have offered to host the negotiations.

Atmar called for reduction in violence and the immediate humanitarian ceasefire to be established so that “we can reach our people with essential health and food security services.” Taliban have rejected calls for a ceasefire and insist that the issue will be discussed when the intra-Afghan negotiations are started.

Meanwhile, Foreign Minister Shah Mahmood Qureshi on Thursday reported progress towards the start of the intra-Afghan negotiations to find out a peaceful solution to the conflict in Afghanistan.

Qureshi’s comments came two days after he held talks with a delegation of the Afghan Taliban political representatives, who are in Pakistan for talks on ways to push the peace process forward.

“Talks with the Taliban political representatives were very useful. We agreed that there is only a political solution to the Afghan conflict that is possible only through dialogue,” Qureshi said in a statement.

“It is Pakistan’s desire to make efforts for the start of intra-Afghan negotiations,” Qureshi said.

Qureshi described the recently held “Loya Jirga” or grand assembly in Kabul as a major progress that advised the government to release 400 Taliban prisoners to push the peace process forward.

He said Pakistani Prime Minister Imran Khan’s stance on a political solution is now also being acknowledged by the U.S., Russia, China and important countries of the region.

He said Pakistani prime minister has invited Abdullah Abdullah, Chairman of the High Council for National Reconciliation in Afghanistan to visit Pakistan, which he has accepted.

Khan spoke to Abdullah by the phone of Wednesday and stressed that the Afghan leaders must seize this historic opportunity to achieve an inclusive political settlement, contributing to durable peace, security and prosperity in Afghanistan, the prime minister’s office said.

“Pakistan looks forward to the commencement of Intra-Afghan Negotiations at the earliest,” the press release quoted Khan as saying.

He underlined his long-standing belief that there was no military solution to the conflict in Afghanistan and that a negotiated political settlement was the only way forward.