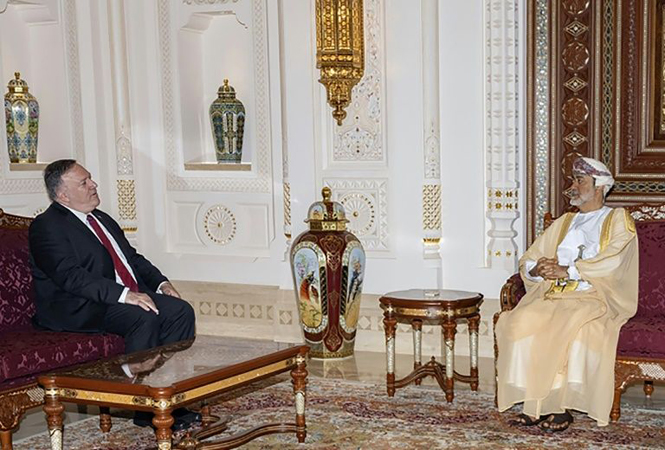 US Secretary of State Mike Pompeo headed home Thursday after a Middle East tour aimed at encouraging Arab countries to follow the UAE’s move and normalise relations with Israel.

However, stops in Bahrain, Oman and Sudan failed to produce any public commitments to recognise the Jewish state, after the landmark US-brokered deal with the United Arab Emirates announced earlier this month.

“Met today with Omani Sultan Haitham bin Tarik Al-Said on the importance of building regional peace, stability, and prosperity through a united Gulf Cooperation Council,” Pompeo tweeted as he left Oman, the last stop on his itinerary. “Grateful for our strong security partnership and economic ties.”

The official Oman News Agency said that “aspects of the existing bilateral cooperation between the sultanate and the United States were reviewed within the framework of the strong relations that bind them,” but made no reference to relations with Israel.

Pompeo was the first high-level Western official to meet Sultan Haitham, who succeeded Sultan Qaboos on his death in January after some five decades in power.

Oman has long had dialogue with Israel and welcomed the UAE’s August 13 announcement that it had normalised ties, while reaffirming its support for the Palestinians. The US chief diplomat had said he was hopeful other nations would follow the UAE, which became only the third Arab country to establish relations with Israel, after Egypt and Jordan.

However, Sudan’s transitional government on Tuesday dashed hopes for a speedy breakthrough, saying it has “no mandate” to take such a weighty step. And Bahrain echoed the sentiments of its ally, regional heavyweight Saudi Arabia, that an accord with Israel would not materialise without the establishment of an independent Palestinian state.