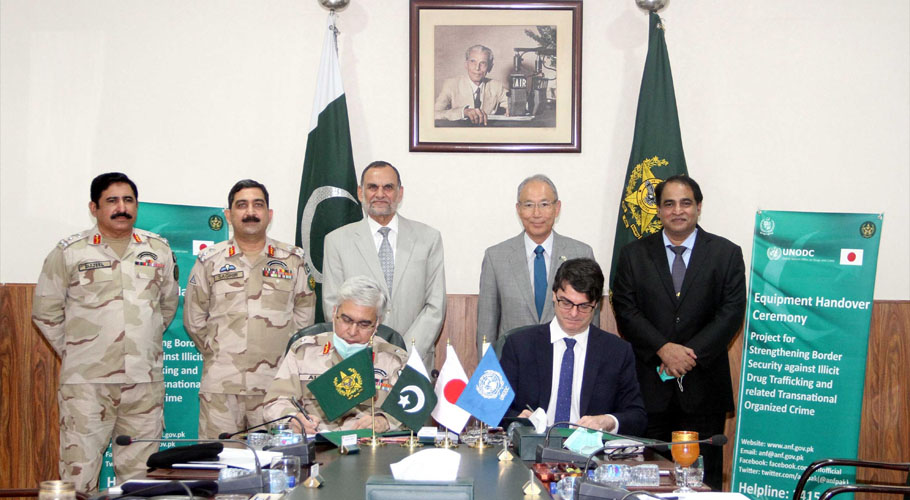 The equipment was handed in a high-profile ceremony held at the Anti-Narcotics Force (ANF) headquarters through the UNODC Country Office Pakistan. Federal Minister of Narcotics Control Azam Khan Swati and Ambassador of Japan to Pakistan Kuninori Matsuda were also present at the occasion.

The procurement of this equipment was one of the agreed deliverable under the Japanese funded UNODC project worth USD 6.5 million to strengthen border security against illicit drug trafficking and related transnational organized crime.

The equipment would be utilized to improve coordination between the Anti Narcotics Force (ANF) and other members of the Inter Agency Task Force (IATF) on Narcotics Control to achieve the purpose of the project.

The Ambassador MATSUDA commended the hard efforts by UNODC and ANF while highlighting the importance of the equipment to strengthen ANF’s capacity for effective interdiction and investigation of illicit drugs.

He reiterates that Japan stands committed to helping Pakistan eradicate all types of transitional crimes including drug trafficking which in any society hinders the socio-economic development and overall prosperity of the country.