Webinar on ‘The Role of Film in Social Change’ concludes 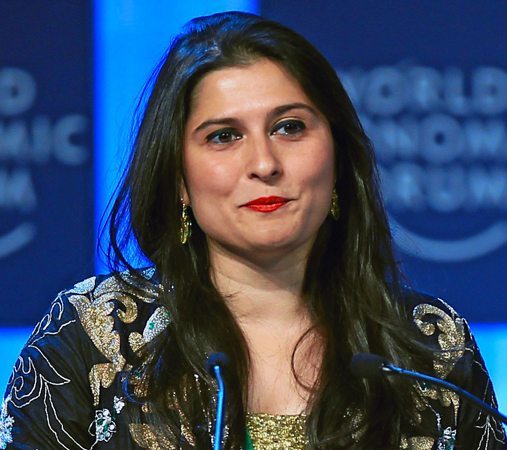 The Ministry of Human Rights hosted a stimulating webinar on ‘The Role of Film in Social Change.’

The discussion was moderated by Federal Secretary for Human Rights Rabiya Javeri-Agha.

The webinar concluded the “Reels for Rights” film festival that was conducted online between 4th to 25th August 2020, a collaborative initiative between the Ministry of Human Rights and the European Union in Pakistan.

Academy Award winning filmmaker Sharmeen Obaid Chinoy discussed the importance of film as a dominant medium to change attitudes and perspectives towards social justice and human rights issues by arousing empathy in the hearts of diverse audiences.

Patricia McPhillips, Director and Resident Representative for UNESCO, Pakistan spoke about the significance of film and documentaries as a motivational tool to raise awareness, educate populations and create practical innovations that can be positive tools to promote social change.

She also highlighted the impact of social media as a new and accessible platform for the youth to come forward.

The webinar concluded the ‘Reels for Rights’ film festival that was conducted online between August 4-25, a collaborative initiative between the Ministry of Human Rights and the European Union in Pakistan

Nusrat Khawaja, an art critic, landscape designer, horticulturalist, and a regular contributor to Newsline Magazine on literature and contemporary Pakistani art shared similar views about the power of film as an influential agent of social change and talked about using film and education to promote positivity, tolerance, and gender equity rather than reinforcing negative gender stereotypes.

She also spoke about the importance of film to influence legislation, citing Sharmeen Obaid Chinoy’s film on acid attacks which prompted the passage of a law in the National Assembly declaring acid attacks a crime and has since lead to an 85 percent decline in acid attacks.

Similarly, violence against transgender persons has also declined substantially since the passage of the transgender law, which corroborates the role of film and media as a vital tool for social change.

The panel discussion and film festival can be accessed on https://m.facebook.com/mohrpak/ and http://www.mohr.gov.pk/reelsforrights.