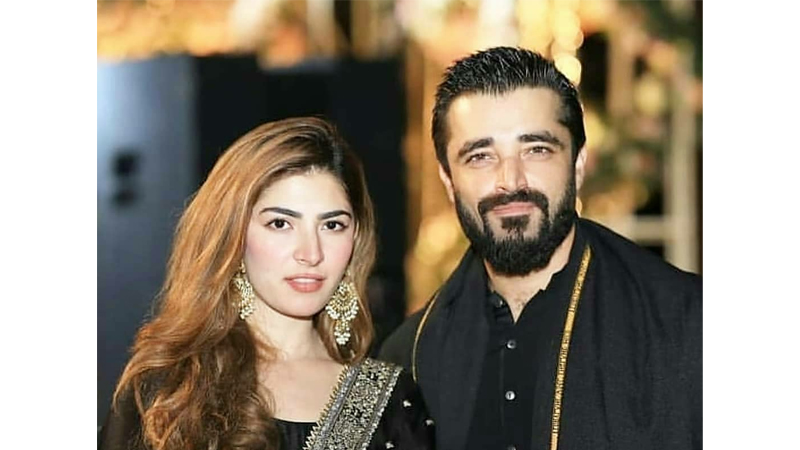 The cute and adorable pictures of Pakistani actors Hamza Ali Abbasi and Naimal Khawar with their newborn son Muhammad Mustafa Abbasi on the occasion of their first wedding anniversary have taken the social media by storm.

Both the actors took to social-networking website and shared pictures with their son.

Hamza Ali Abbasi wrote, “And one of his signs is that he created for you spouses from among yourselves so that you may take comfort in them and he placed between you Love and Mercy. In this there is surely evidence of Truth for those who ponder.”

Hamza and Naimal had tied the knot in a simple wedding ceremony in Islamabad last year in August.