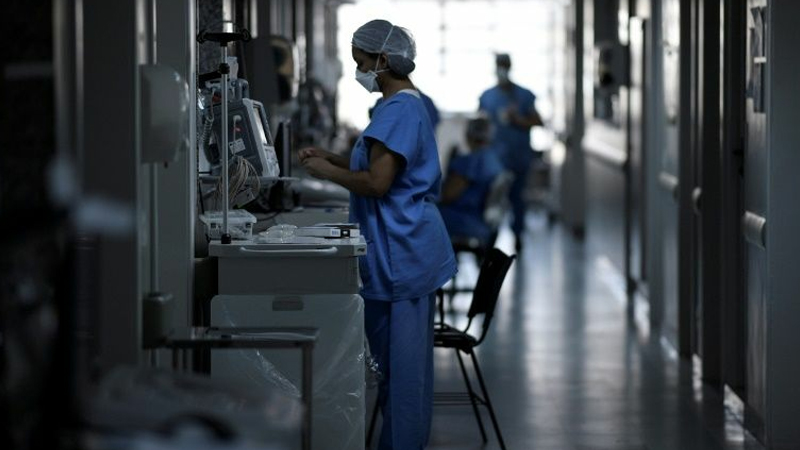 Ingrid dos Santos has no idea who’s been receiving the paychecks from her job as a nurse at a COVID-19 field hospital in Rio de Janeiro, but she knows it isn’t her.

Dos Santos, 28, says she has not been paid since May for her contract at the shoddily built, never-opened tent hospital in the Rio suburb of Duque de Caxias.

But the salary and severance pay she was supposed to receive, and then some, show up on her social security records — a telltale sign in Brazil that someone is stealing public money and trying to cover it up.

Her case is emblematic of the massive amounts of government emergency funds to fight the pandemic that experts say are being stolen in the world’s second-hardest-hit country, as the rush to respond to COVID-19 is sideswiped by an older, endemic disease: corruption.

Brazil has a long history of graft scandals. But even by Brazilian standards, the scope of the accusations is outrageous.

In all, at least 11 out of 27 states have corruption cases open.

Even football superstar Neymar got dragged in. His name and personal data were used to register for the 600-real monthly stimulus payments the federal government is paying poor Brazilians hit hard by lockdown measures. Dos Santos said more than 1,000 colleagues were in the same situation as her. “Where did the money go? Nobody knows,” she told AFP.

“All we know is that the people working on the front line are forgotten,” said the now-unemployed mother-of-two.

“A lot of us are suffering.”

Experts say the window for large-scale corruption opened as Brazil struggled early in the pandemic to contain the havoc wrought by COVID-19.

Many countries hit hard by the virus took similar measures.

But in Brazil, far-right President Jair Bolsonaro’s attacks on lockdowns and the “hysteria” caused by the virus largely left states and municipalities to fend for themselves as COVID-19 surged in the country of 212 million people, which is second only to the United States in infections and deaths, with more than 3.6 million and 116,000, respectively.

“Brazil has all these states and municipalities competing against each other to buy the same things,” said Guilherme France, of watchdog group Transparency International’s Brazil office.

“It’s much easier to monitor one big public entity’s contracts than 5,000 entities’. The total lack of coordination by the federal government definitely increased the risk of corruption.”

Of the 286.5 billion reals (around $50 billion) in federal emergency spending on the pandemic so far, less than eight percent has gone directly to fight the disease, according to the Federal Accounts Court (TCU), the government auditor.

Tracking where all the money is going is an “intense” job, said the court’s secretary general for external controls, Paulo Wiechers.

“Crises are always an opportunity for people who want to take advantage of the situation,” he told AFP.

“There’s no doubt that this crisis is being used by those who want to misuse public money.”

He estimated it would take six months after the pandemic ends — whenever that is — to track where the money went and establish how much was misused. Preliminary estimates are already in the billions.

Finding and trying those who stole would take far longer, he said.

Adding to the muck, there are fears that corruption allegations are sometimes being used as political weapons, further undermining public trust in the system, experts say.

“Some corruption accusations are being used in a targeted way by President Bolsonaro and his supporters against his political enemies, particularly Sao Paulo Governor Joao Doria and Rio Governor Wilson Witzel, who are potential presidential contenders in 2022,” said political analyst Geraldo Monteiro of Rio de Janeiro State University.

Dos Santos, for her part, is sick of it all.

Officially, she is still employed by the defunct field hospital that hired her. That makes her ineligible to nurse anywhere else, under rules to prevent nurses from working too many hours.

Being a nurse was her girlhood dream, but the “thieves in ties” make her want to give it up, she said.

“It’s no use trying to help people. It just ends up like this,” she said. “I’m thinking of changing professions. Maybe work in a mall or something.”