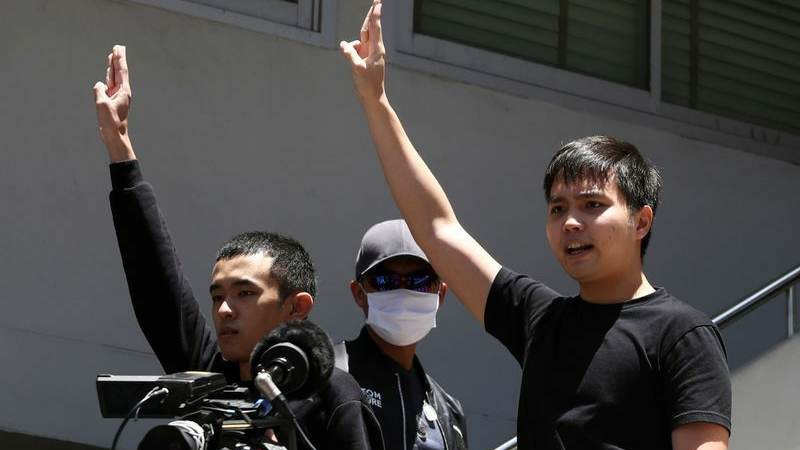 Thai Prime Minister Prayuth Chan-ocha on Wednesday issued his sternest warning yet to protesters seeking his resignation, saying they were creating deeper divisions that could cause the collapse of the country. “If we want to overcome each other politically, the nation will collapse,” Prayuth told reporters.

“If that happens, just wait, everybody will be on fiery land, engulfed in flames.” His comments come after a month of near-daily rallies led by students calling for his ouster, a new constitution and fresh election, with some drawing over 10,000 protesters. Some of those demonstrators have openly called for reforms of the country’s monarchy, a taboo topic in a country with a strict law that punishes perceived royal insults with up to 15 years in prison. “I am at my wits end,” Prayuth added. Police on Wednesday expanded a crackdown on protest leaders with the arrest of Tattep Ruangprapaikitseree of the Free Youth Group and his partner Panumas Singprom. Tattep was seen flashing a three-finger “Hunger Games” salute, a symbol of the movement, when he arrived at police station.

Other protesters have vowed to move ahead with a planned demonstration on Sept. 19, the anniversary of an earlier military coup in 2006. Tattep and Panumas were released on bail and deny the charges, according to their lawyer. The two were among 15 people charged over a July 18 rally for breaching internal security laws and defying an emergency decree, which banned public gatherings to prevent the spread of the coronavirus.

Police on Tuesday arrested human rights lawyer Anon Nampa for the third time over his participation in anti-government protest on similar charges.