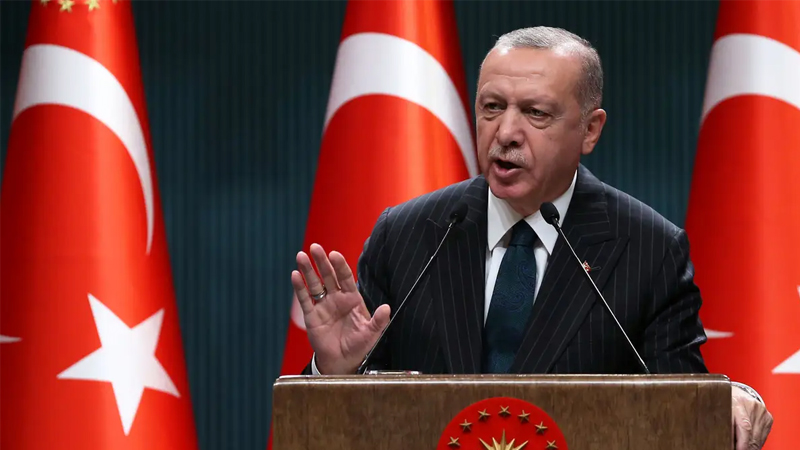 Turkey is determined to do whatever is necessary to obtain its rights in the Black Sea, Aegean and Mediterranean, President Tayyip Erdogan said on Wednesday. “We will not compromise over what belongs to us …We are determined to do whatever is necessary,” Erdogan said, a day after Germany’s foreign minister sought to ease tensions between Turkey and Greece in their dispute over control of eastern Mediterranean waters. Speaking at an event commemorating the 11th century military victory by Seljuk Turks over the Byzantine empire at Malazgirt, Erdogan also called on Ankara’s counterparts to avoid mistakes that he said would bring their destruction. Tensions between Turkey and Greece escalated after Ankara sent its Oruc Reis survey vessel to disputed eastern Mediterranean waters this month, a move Athens called illegal. Turkey and Greece, NATO allies, vehemently disagree over claims to hydrocarbon resources in the area based on conflicting views on the extent of their continental shelves in waters dotted with mostly Greek islands. “If there is anyone who wants to pay its price, they are welcome to confront us. If not then they should go away so we can handle our own business,” Erdogan also said.