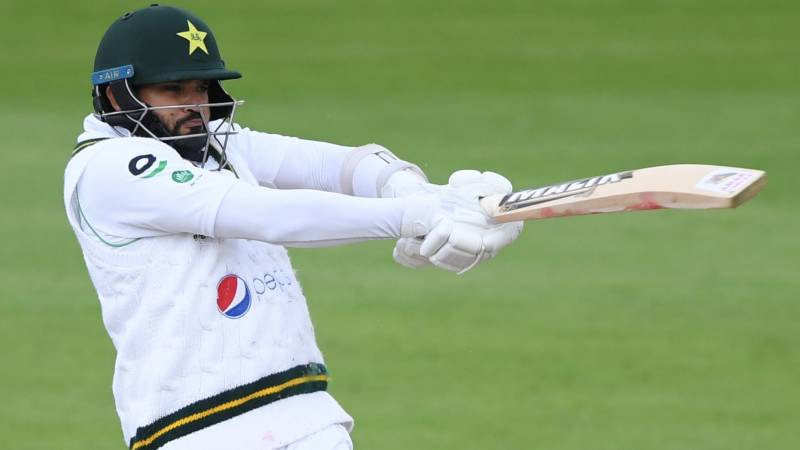 LAHORE: Test skipper Azhar Ali came in for criticism over his form and leadership during their 1-0 series defeat in England but the 35-year-old said the thought of stepping down as captain never entered his mind. Pakistan dominated much of the opening Test in Manchester but England pulled off a memorable three-wicket victory by riding a 139-run sixth-wicket partnership between Jos Buttler and Chris Woakes. The hosts’ dramatic win proved decisive as the next two matches ended in draws. Pace great Wasim Akram was among those who felt Azhar’s passive captaincy allowed Woakes and Buttler to snatch victory in Manchester. “There were tough times when we lost the first Test, and it was blamed entirely on me,” Azhar told a virtual media conference when asked if he considered stepping down as captain following the criticism. “It was not easy but I focused only on how we could turn the series around, with my own performance and performance from the entire team. No such thought was in my consideration.”

After managing 0, 18 and 20 in the first two Tests, Azhar scored an unbeaten 141 in the drawn third match, though it was not enough to avoid follow-on. “The first Test match cost us, of course. If we’d won that match, we’d be sitting here as series winners,” the top order batsman said. “The disappointment will remain because […] we missed our opportunity. Credit goes to England for performing well under pressure.” The teams will clash in a three-match Twenty20 series in Manchester from Friday.