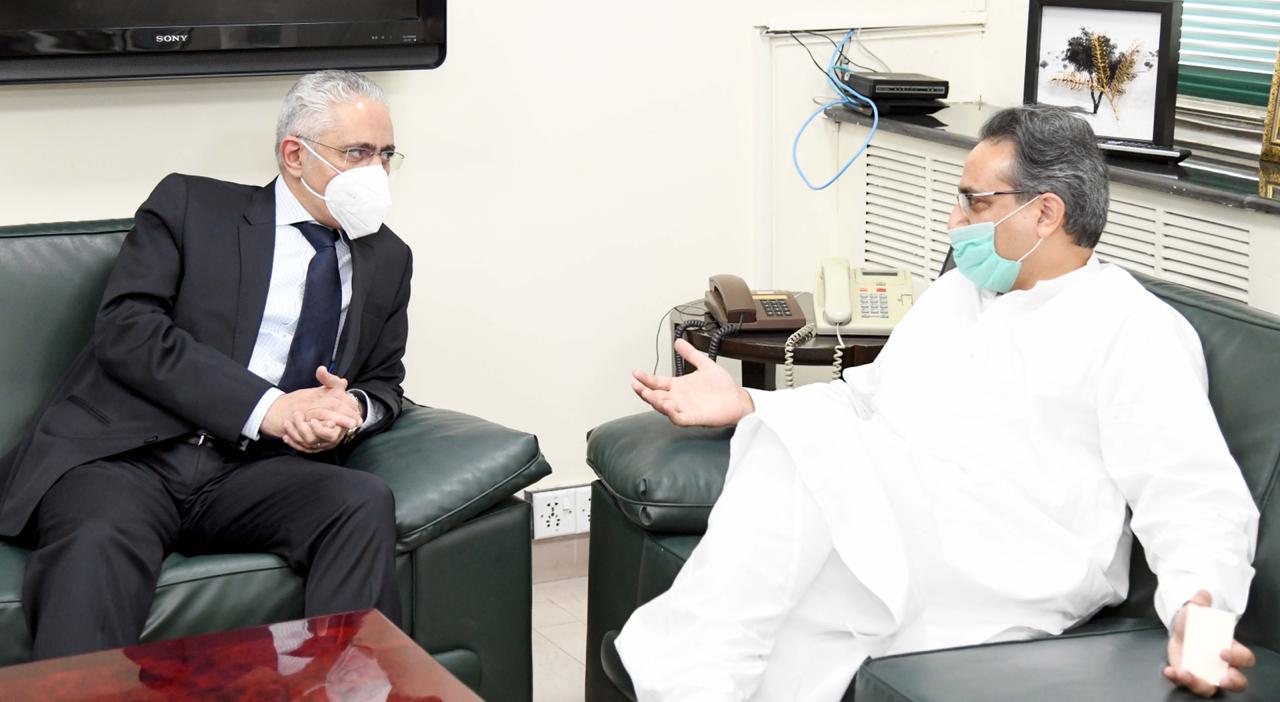 Mr Tarek Dahrough, Ambassador of Arabic Republic of Egypt to Pakistan called on Special Assistant to Prime Minister on Petroleum Mr Nadeem Babar at the Ministry of Petroleum on Wednesday. The Ambassador was leading a delegation of an Egyptian Energy Company TAQA with focus to explore the business opportunities in the field of energy sector of Pakistan.

The SAPM gave an overview of Pakistan’s Energy Sector and the presented Government’s earnest endeavours in reforming the energy sector of the country. He said that these efforts are being personally overseen by the Prime Minister of Pakistan himself.

The SAPM also reaffirmed Pakistan’s commitment to cleaner fuels and green energy and said that Pakistan’s Energy Mix would be diversified by injecting more hydel and renewable sources in the national grid. He foresaw the share of renewable energy to increase by 20% by 2025 and 30% by 2030.

The Egyptian company expressed interest in to invest in the energy sector including areas of power generation, transmission and distribution, projects related to renewable energy as well as in LNG, CNG and Gas Distribution sector of the country.

The delegation thanked the SAPM for the presentation on energy sector and expressed keen interest to develop footprint of the company in Pakistan. The Ambassador visioned hope that G2G relation between Egypt and Pakistan would be forged in energy sector to further the economic ties between both cou