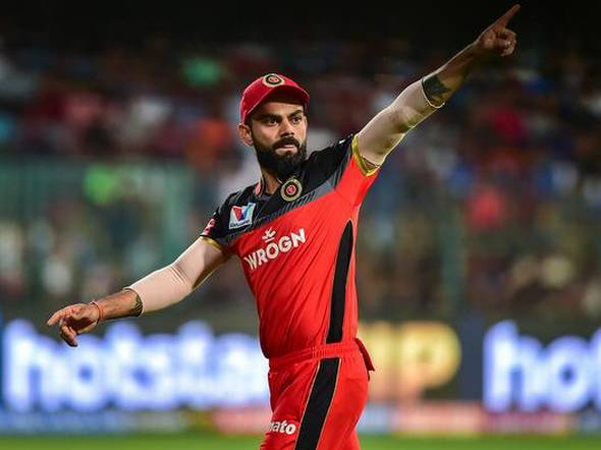 DUBAI: India captain Virat Kohli has warned Indian Premier League (IPL) players of serious “repercussions” for the tournament if they breach coronavirus safety rules. With all eight teams now in quarantine in the United Arab Emirates (UAE) ahead of the September 19 start, the Royal Challengers Bangalore (RCB) skipper said: “One mistake from us could literally spoil the whole tournament.” The IPL, originally scheduled to start in March, has been moved from India because of the coronavirus’s raging spread across the country, now the third worst hit in the world. Kohli made the warning in a virtual meeting with players which was posted online by the Bangalore team. All teams are in quarantine in Dubai hotels for six days, during which each player will undergo three coronavirus tests.

Players can only start training for the behind-closed-doors tournament after passing the tests, and in the tournament bubble they will be barred from contact with anyone who hasn’t undergone the quarantine period. But concerns remain about players breaking the bio-security conditions before the seven-week tournament wraps up on November 10. Several sportsmen have found it tough to stay within coronavirus bubbles, including cricketers. England bowler Jofra Archer missed the second Test against the West Indies for a breach, and Pakistan’s Mohammad Hafeez had to go into self-isolation after a golf outing during their tour of England.

‘Strong consequences’: The IPL is a massive earner for the Board of Control for Cricket in India, and a contract to be signed by each player is understood to impose financial penalties for coronavirus breaches. RCB’s director of cricket operations Mike Hesson warned players that any willful breach of the team’s safety precautions would be handled “very seriously”. “If somebody breaks this bubble that we have worked incredibly hard to put in place, it actually affects the whole tournament,” Hesson said. “It’s not just RCB, it is the tournament, it is the TV rights, so there will be strong consequences if players choose to do that.” Kohli added that any player caught breaching the safety rules “is letting the whole team down”. “It might happen at a stage of the tournament where we cannot afford to lose that player. If we get harmed by it, then the whole system, the whole team, the whole culture loses. I want everyone to understand the repercussions.”

The pre-IPL quarantine has been a culture shock for many of the top stars now in Dubai. South Africa paceman Chris Morris said he was “a little bit nervous” about linking up with Bangalore in Dubai. Rajasthan Royals’ Jaydev Unadkat said: “We are not allowed to go out of the room. We have been asked to stay inside our rooms. To kill time I have brought FIFA games.” Another unnamed player told the Indian Express newspaper of his surprise on entering the luxury Dubai hotel.

“We thought it was rose water as we walked into the lobby, but it turned out to be sanitiser.” Chennai Super Kings’ Australian batsman Shane Watson said his room had a view of the world’s tallest building, the Burj Khalifa in Dubai. “Getting used to the room which has plenty to do. I have got a beautiful view of the Burj Khalifa which is going to be very special,” Watson said in a video message. “Going to be doing excercises, walking up and down my room, listening to podcasts, plenty of T20 Stars stuff.” The world’s richest Twenty20 tournament will be held in Sharjah, Abu Dhabi and Dubai over 53 days. It is the third time the IPL has been held outside India, although previously it was moved to avoid clashes with elections.