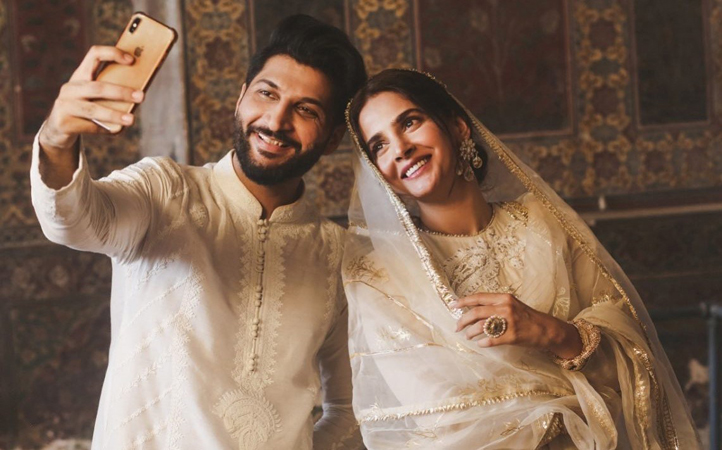 Popular actress Saba Qamar and singer Bilal Saeed who were facing the controversy of “shooting at mosque” excused a local court from appearnce in a blasphemy case against them on Tuesday.

Both actors through their counsels said that they had serious life threats if they came to appear before the court regarding a case related to their alleged shooting at Masjid Wazir Khan.

“We have serious life threats and therefore we are unable to appear before the court,” the both said, while pleading the court through their counsel that they should be given exemption from appearance in the case.

At this, the court accepted their plea and allowed exemption to both Saba Qamar and Bilal Saeed.

On August 10, 2020, Singer Bilal Saeed swore that neither they danced nor they played any music while shooting at Masjid Wazir Khan.

Singer Bilal Saeed also apologized from the fans and friends over controversy at the mosque.

“We realized that whatever has happened during last few days has hurt you, and we, as a Muslim, civilized man and artist, will never hurt any other religion, cast and color and human beings,” the singer said.