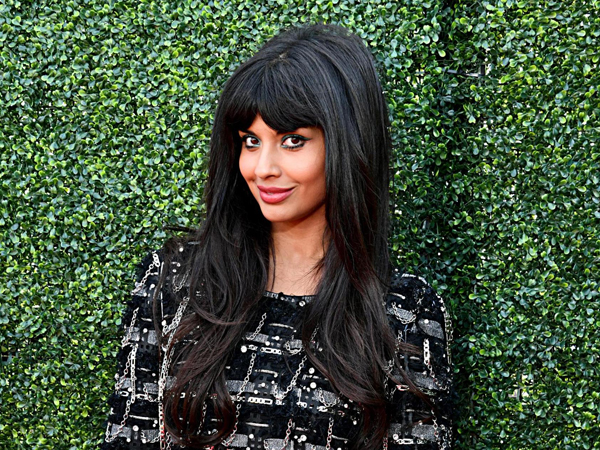 British actor Jameela Jamil has come forth to heap praises on Meghan Markle and defend her in the midst of mounting criticism after her recent speech regarding the elections. The Duchess of Sussex had last week addressed the virtual When All Women Vote #CouchParty and had repeatedly urged women to bring about “change” by exercising their democratic right.

The former royal had in turn been immensely criticized as royal family members are known historically not participate in elections and remain politically neutral.

British broadcaster Piers Morgan too had called for the former actor’s royal ‘duchess’ title to get stripped, as he tweeted: “The Queen must strip the Sussexes of their titles. They can’t remain as royals & spout off about foreign elections in such a brazenly partisan way.”

However, coming to her defense, Jameela Jamil lent support to Meghan as she wrote on Twitter: “I *THINK* they may be more embarrassed by their alleged resident pedo Andrew who was besties with a sex trafficker, than an American supporting women voting in her own country, and loosely referencing the importance of general democracy which is being threatened here currently.”

She also went on to respond to a fan who questioned the hate against Meghan. “Because she’s not white,” responded The Good Place actor, adding: “And because she’s smart, strong, opinionated, rebellious, beautiful, happy and has everything they never will. She’s a terrifying threat to patriarchy because she doesn’t fit the stereotype for women. They discredit her because they can’t kill her.”